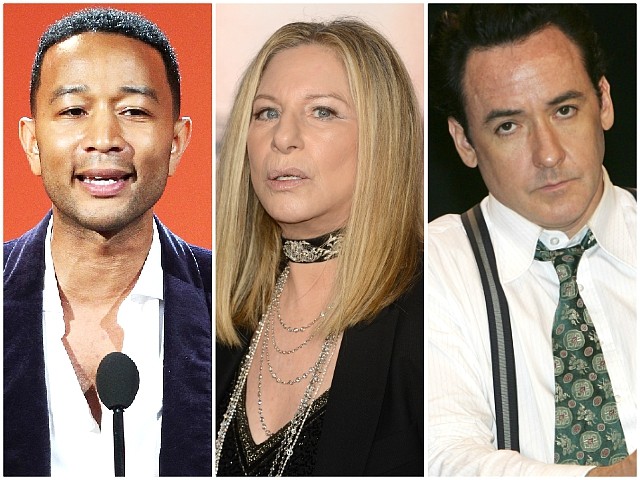 Less than two weeks away from the most expensive and perhaps the most consequential midterm election in a generation, some of Hollywood’s most influential stars have taken to social media to spew some derange and self-centered hot takes about President Donald Trump and the issues facing the nation.

Left-wing documentary filmmaker Michael Moore, among other Hollywood figures, said the thousands of migrants marching toward the U.S.-Mexico border are being used by President Trump as a “racist fear tactic to win the Midterms.”

This “caravan” has been going on for 20 years as refugees flee the violence of Guatemala, Honduras & El Salvador. Most end up in Mexico & are assisted by international refugee groups. Few walk the 1,000+ miles to the US. Trump is using this racist fear tactic to win the Midterms. pic.twitter.com/AIA8YyEqgF

Actor John Cusack declared that “no human beings are illegal.”

No human beings are illegal – we are all immigrants – https://t.co/ukBmjdaSBE

Actress Bette Midler dropped this gem of a conspiracy, insisting that the people in the caravan were paid by Trump surrogates to travel to the United States.

I think #Trump had surrogates encourage (or pay) that caravan to come north so that he has something else to rail against besides Hillary and Obama! He knows his base really REALLY well!!

Chiming in the report that the Trump administration is planning to roll back the Obama regimes Transgender rules, pop icon Barbra Streisand said gender can’t be defined with a birth certificate.

You can’t define gender with a birth certificate. But that is what Trump is trying to do. https://t.co/Yjfmw593BI

Actress Amber Tamblyn sent a message to transgender people, ensuring them that they are the “truest form of America’s freedom.”

To the trans kids out there who are terrified by this administration, my daughter and I are with you. Your existence is the truest form of America’s freedom. You will not be erased. Not on my watch. Not on humanity’s watch. Your fight is our fight. #WontBeErased @TransEquality pic.twitter.com/B68EMLxRKl

Actor Alec Baldwin wants you to vote and to not “let that fucking Susan Collins off the hook…” (the Republican Senator from Maine is not up for reelection until 2020).

Don’t let that f***ing Susan Collins off the hook…

To actor John Leguizamo, the left commits mere vandalism — except when their shooting at Rep. Steve Scalise (R-LA).

But look at the acts: the left’s is vandalism. The right is attempted murder!! Neither is right but one is more wrong than the other. https://t.co/vmIwMSYFen

A handful of celebrities offered sound advice in urging their followers to vote.

They want you to stay home.
We will show up.

They want you to give up.
We will be brave.

SANE PEOPLE: the caravan story is bullshit built by Trump and his people to enflame racial divides and juice his base before the midterm, we’re not taking the bait

NEVER TRUMPERS: liberals apparently want to open borders to rapists and terrorists so Trump is what you deserve

Grammy-winning singers Christina Aguilera and John Legend used their pipes to write and sing the shortest song in history encouraging people to “get up and vote.” The song lasts 15 seconds and is so far not available on iTunes.

#GetUpAndVote. @RealLindaPerry and I wrote this little song over the weekend. Share, sing your own version, then vote!! pic.twitter.com/tecNP64yYz

I will forever be amazed that there are people who can listen to @realDonaldTrump speak and think anything other than “What a fucking idiot!” #Vote

Just heard Trump declare that he is a Nationalist, In 1938 wasn’t there a German guy, who was a really big Nationalist?

Actress Debra Messing took time out of her busy schedule on Tuesday to tell us how good she’s feeling about herself.

Director Ken Olin urged young people to vote this midterm because they can help save us all from “authoritarianism and ecological disaster. Vote.”

To millennials that won’t vote because it’s “inconvenient”: you’ve been more fortunate than you can imagine. But our world is in a very precarious place & an hour spent voting is a deep tissue massage compared to the inconvenience of authoritarianism and ecological disaster. Vote