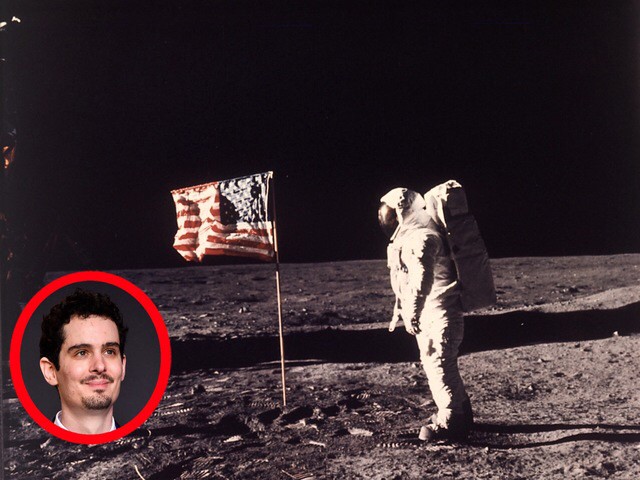 The establishment entertainment media is circling the wagons to shield First Man from criticism following a massively underwhelming opening at the box office.

First Man, which opened this past weekend, fell far short of it’s $21 million expectations, bringing in only $16.5 million.

In an article published Monday, The Hollywood Reporter insisted that the disappointing performance had absolutely nothing to do with the controversy over director Damien Chazelle’s decision to not include the iconic scene of the American flag being planted on the moon.

Actor Ryan Gosling, who plays Neil Armstrong in the movie, also defended the omission of that key scene, saying that the moon landing was a “human achievement” that “transcended countries and borders.”

THR‘s Pamela McClintock writes that while critics love the movie, many viewers have a different opinion. She also writes that First Man is probably being squeezed out by other movies.

Venom is a challenge for First Man in that it is captivating male moviegoers of all ages. A Star Is Born arguably has created even more of an obstacle, since both that film and First Man are competing for older eyeballs, as well as awards voters.

Of those turning out to see First Man, 76 percent of the audience was over the age of 25, almost the same as for A Star Is Born (74 percent), although Star Is Born has the advantage of appealing heavily to females (65 percent).

This of course ignores the fact that the films in question likely have different target demographics.

Venom is a niche Marvel anti-hero pulling in a small but invested audience of young people. Even if Star Is Born and First Man competed for older eyeballs, a drama starring Lady Gaga clearly has a slightly different target demographic than a historical movie about America beating the Soviet Union to the moon. Baby Boombers — not 25-year-olds — were the target audience for First Man; that’s also the demographic who’d be most offended by Chazelle nixing and Gosling defending the omission of the iconic flag-planting scene.
Finally, the THR writer claims, without any evidence, that the movie’s bad performance isn’t related to the American flag controversy.

So far, there’s no evidence that a dust-up over Chazelle’s decision not to show the famous image of Armstrong planting the American flag has impacted the movie. Rather, films about space have always been a risky proposition, whether pure fiction or based on a real story, even if several have gone on to become box office successes.

Lost in all of this is the clearest explanation for First Man’s subpar performance lies in its decision not to include the iconic flag-planting scene.

Against, the most obvious target demographic for this film are people old enough to watch the Apollo 11 on TV. They’re less likely to shell out $20 to watch a movie that doesn’t even show the most iconic and patriotic moment that made the mission legendary.

As Breitbart News’ John Nolte writes, President John F. Kennedy made going to the moon a key objective of the United States in the 1960’s.

And this is why the planting of the American flag on the moon is so important. Not out of some sense of patriotism (though that matters), not for jingoistic reasons, and not even for American reasons. As Kennedy so eloquently put it, with the whole world watching, the planting of that flag was about the choices people would make between tyranny and freedom, about which side they would choose.

America did not win the Space Race only for Americans, we defeated the evil Soviets to send a message to the whole world.

And this is why the clueless explanations surrounding the omission of this moment are not only tone deaf, but reflect a shocking ignorance of what Armstrong’s mission, a mission he volunteered for, was all about.

To be sure, Congress approved the appropriations bill and amended a measure to include a flag provision.