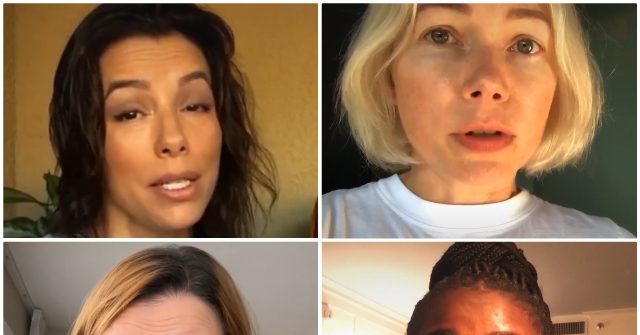 Hollywood celebrities including Eva Longoria, Michelle Williams, and recent Emmy winner Uzo Aduba are urging people to “vote early and in person,” by either voting at a polling location or submitting mail-in or absentee ballots at an early voting site.

“The most effective way to vote in this election is to vote early and in-person,” the stars said. “It’s the best way to ensure that your vote is received and counted on time.”

Eva Longoria served as the host of the first night of the Democratic National Convention in August, during which the Desperate Housewives star took a veiled swipe at President Donald Trump by claiming that the last four years “have left us as a nation diminished and divided.”

The Instagram video was directed by actress Amber Tamblyn, who recently mocked President Donald Trump’s “Make America Great Again” slogan by wearing a mask reading “Are We Great Again Yet?” to raise funds for NARAL, a pro-abortion group.

The video was created in collaboration with a group called The Meteor, which bills itself as a “group of journalists, artists, and activists committed to gender equity.”