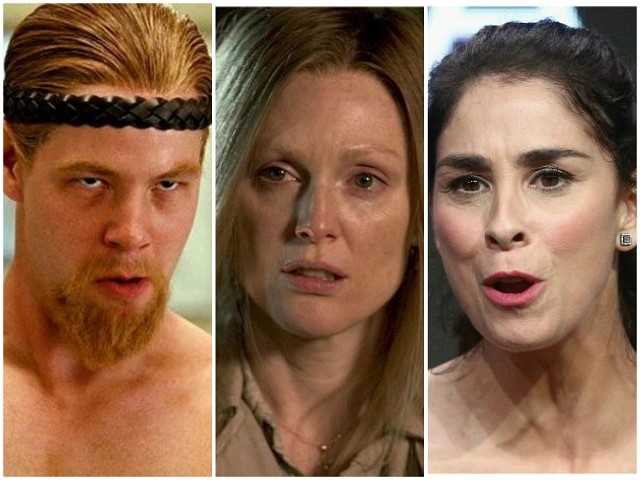 A slew of Hollywood celebrities rushed to social media on Saturday to heap blame on President Donald Trump, his supporters, and lawful gun owners mere moments after a shooter opened fire at the Tree of Life Synagogue in Pittsburgh.

“As an American Jew I feel nauseous. And if you support Donald Trump you should too because this shit is on YOU. IT’S YOUR FAULT,” actor Ike Barinholtz wrote. “Remember that tonight as you’re trying to go to sleep.”

As an American Jew I feel nauseous. And if you support Donald Trump you should too because this shit is on YOU. IT’S YOUR FAULT. Remember that tonight as you’re trying to go to sleep

“To Sheldon Adelson and my other Jewish brothers and sisters who support this bigot in the name of Israel: Is moving the embassy to Jerusalem really worth all the hate Trump has sewn?” Modern Family producer Danny Zuker said of the billionaire Republican donor.

To Sheldon Adelson and my other Jewish brothers and sisters who support this bigot in the name of Israel: Is moving the embassy to Jerusalem really worth all the hate Trump has sewn?

Early on Saturday, as Breitbart News reported, the suspect, Robert Bowers allegedly opened fire inside the synagogue, killing at least 11 people wounding four police officers shortly after they arrived at the scene.
Bowers reportedly acquired a license to carry firearms and “made at least six known firearm purchases since 1996.”

President Trump offered condolences for the victims and their loved ones shortly after the shooting.

“All of America is in mourning over the mass murder of Jewish Americans at the Tree of Life Synagogue in Pittsburgh,” President Trump said. “We pray for those who perished and their loved ones, and our hearts go out to the brave police officers who sustained serious injuries.”

He also condemned the shooting, calling it an “evil Anti-Semitic attack is an assault on humanity.”

“It will take all of us working together to extract the poison of Anti-Semitism from our world. We must unite to conquer hate.”

The president also ordered that flags at the White House be flown at half-staff at the White House, public grounds, and every military post in “solemn respect for the victims of the terrible act of violence perpetrated at The Tree of Life Synagogue in Pittsburgh.”

Still, celebrities wasted no time to push for gun control and to spread conspiracy theories and to blame the president — whose children and grandchildren are Jewish — and his supporters for normalizing an anti-Semitic climate in the country that led to Saturday’s heinous shooting.

Love & solidarity to all our Jewish brothers & sisters. Excuse me, fellow gentiles, didn’t we all agree that we would NEVER let something like this happen again? That we would, at the first HINT of fascism, put an end to it before it grew into something worse? That moment is now.

He has always promoted hate. He planted so many seeds. We need to vote out the @gop who support all of this and never renounce his madness. https://t.co/x4LeNjs5pH

Dogwhistle reminder that these words used by our openly Nationalist President are winks to the alt right:
Soros = The Jews
Globalist=dirty jew
Nationalist =white Nationalist

#priorities trump and his stupid f-ing hair is more important to him than the citizens he’s supposed to represent #VoteBlueToEndThisNightmare https://t.co/fLyYJa3C8k

Rabbi Myers is right: #WeDeserveBetter. Better gun laws, better leaders who will stand up for public safety, not the interests of the NRA.

On Nov. 6, let’s elect Gun Sense Candidates who will do just that. Find them here: https://t.co/n0s210zcLchttps://t.co/ORMEwaEbB5

Just heard about Pittsburg – all this violence & hatred – begins to end with yr votes – the gop must go – every last one – and their kkkult leader /the arch criminal trump must be driven out of power – https://t.co/NSEtJrZie9

The President heard “Jews will not replace us” in Charlottesville and said nothing. 2 African Americans are killed by a white supremacist at Kroger’s & he said nothing. Bombs sent to assassinate a “globalist”( code for Jew) and he condemns the victim. 11 are killed in a synagogue

To the families of those who died in the synagogue shooting in Pittsburgh, my deepest and sincere sympathies. This horror is escalating day by day. If only we had LEADERSHIP that would actually take steps to stop it.

Wow! @realDonaldTrump just blamed the victims for not having guns inside the temple. He’s gotta go!

Whether or not a direct line from his words to today’s horrific acts can be drawn, Trump’s anti-Jewish rhetoric and dog whistles make such attacks more likely. And the same can be said for the garbage he spouts about other groups. #VoteBlueToSaveAmerica

A more honest Trump: “The synagogue should have had armed protection seeing as how I’m president”

Ivanka reminded us just now that “America is stronger than the acts of a depraved bigot.”

I agree. Together, we can defeat her father’s Nazi dog-whistling and support of violence.

Dear media. All of you. Stop broadcasting his rallies. Don’t show clips either. PLEASE. For the love of America, cut off his incessant hate speech. Now.