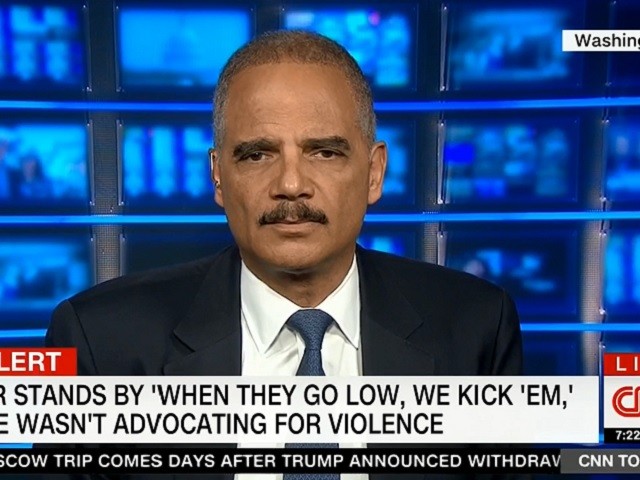 Holder began by addressing the controversy over his “When they go low, we kick them” comments. Holder stated that he was saying Democrats should be “tough,” and wasn’t advocating violence. He also argued that a lot of the outrage over what he said is “fake.”

Holder continued, “Now, I am not one, however, who thinks that politicians should be confronted in restaurants or at their homes. You know, let — I disagree violently with — vehemently with what Ted Cruz has said, but I wouldn’t approach him in a restaurant. Let him have dinner with his family, and have a civil debate with him in another context.”

When the discussion turned back to his comments, Holder stated, “[W]hat people don’t play is what I said after, almost immediately thereafter. I said, now, look, I’m not saying we do anything inappropriate, that we don’t do anything illegal. That’s on that tape as well.”