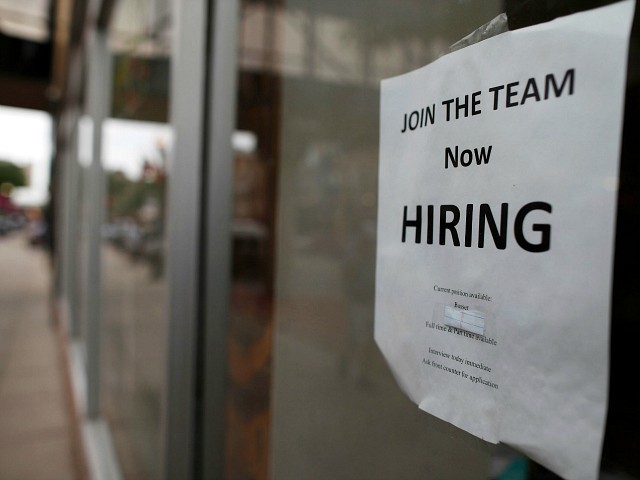 Hispanic December unemployment, at 4.4 percent, hit the lowest point since tracking the measure began in the United States.

Hispanic and Latino employment hit a new record high at 27,701,000 in the month of December, according to Bureau of Labor Statistics (BLS) data released Friday. CNS News reported that Hispanic-Latino demographics were first tracked in 1973 under the BLS. The Hispanic and Latino unemployment rate tied for the lowest rate on record at 4.4 percent, the same seasonally adjusted rate seen in October.

The Hispanic-Latino labor force participation rate rose for at least the fourth month in a row to hit 67 percent in December.

“Nearly 350,00 Hispanics were lifted out of poverty in 2017,” President Donald Trump declared at a Hispanic Heritage Month event in September. The president spent part of his speech at the White House celebration highlighting Hispanic-American success under the Trump administration economy.