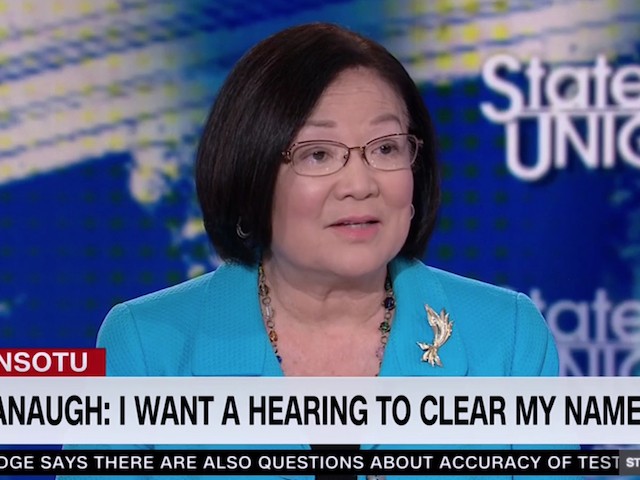 Sunday on CNN’s “State of the Union,” Sen. Mazie Hirono (D-HI) said there may be an investigation of Brett Kavanaugh over Christine Blasey Ford’s allegations even if he is confirmed to the Supreme Court.

Hirono said, “Frankly I have such concerns about this person getting to the Supreme Court. Maryland has eliminated the Statutes of limitations for kidnapping and for sexual assault of a minor and I think that is still out there. And so there may be an investigation along those lines. I think this is a situation that will not go away.”