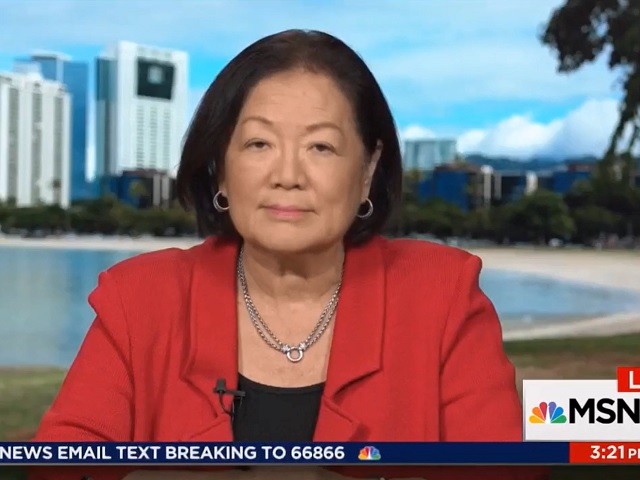 Hirono said, “We can always count on the president to go down to the lowest common denominator, mock people, call people names, attack them. This is what he does. And the thing that Dr. Ford did remember, with 100% recollection, was that it was Brett Kavanaugh who attacked her.”

When asked about Trump’s comments earlier today—that it is a scary time for men, who can be falsely accused, Hirono said, “No. That really flows from a total mistrust of women. They must think that we all sit around making up stories about them. We have a few other things that we like to do, such as getting on with our lives and making a living and all of that. So I also know that his son said the same thing and I guess the apple doesn’t fall very far from the tree. And you know, this from an admitted sexual predator.”

She added, “So, actually, it is the women in this country, mainly, who have been the victims of these kinds of assaults from men, since practically, I want to say, time immemorial. And for them to act like the victims is the reason that women, mainly, who have these kinds of horrible experiences, do not come forward because they are mocked, they are not believed. They are told, we don’t want to hear from you. That has to stop. There are a lot of angry and determined women in this country now.”