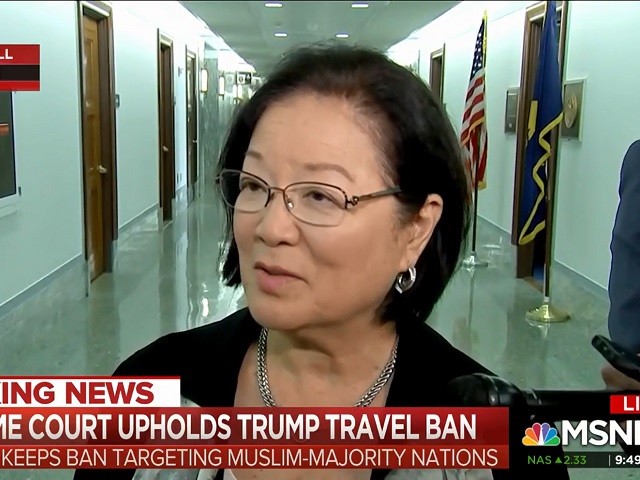 KARL: This confirmation battle is over. He is Justice Brett Kavanaugh. Do you think the Democrats should they win control of the House should continue an investigation absent some new revelations?

HIRONO: The confirmation battle may be over. The packing is not over. The Federal Society, the Heritage Association have spent decades preparing their people like Judge kavanaugh for the supreme court and every other court for life. Just next week we’re going to hear from two more for the sixth circuit.

KARL: Do you want to continue an investigation?

HIRONO: Jerry Nadler her will do what Jerry Nadler will do. I’m listening to the women who recount the accounts of sexual harassment and sexual assault that I’m focussed like a laser beam on the elections. All these angry people know that these people sitting in the Senate are making these decisions. They’re going to go to the polls and vote differently.

KARL: Can you rule out the idea of impeaching Kavanaugh?

HIRONO: It all starts with the House. I don’t blame you for asking these questions, I know you tried to talk to Kellyanne and it’s hard to get a word in edge wise with her. I’m very focused on the here and now which is all these angry women who saw what was going on and how the Senate was not able to deal fairly with the entire issue of sexual assault. Clearly this idea that Dr. Ford was given all accommodation is really — I have to say —baloney.

KARL: You won’t rule out impeachment?

HIRONO: Jerry Nadler is not ruling it impeachment.

KARL: Is that a mistake?

HIRONO: I’m much more focused on we have to get to the polls.