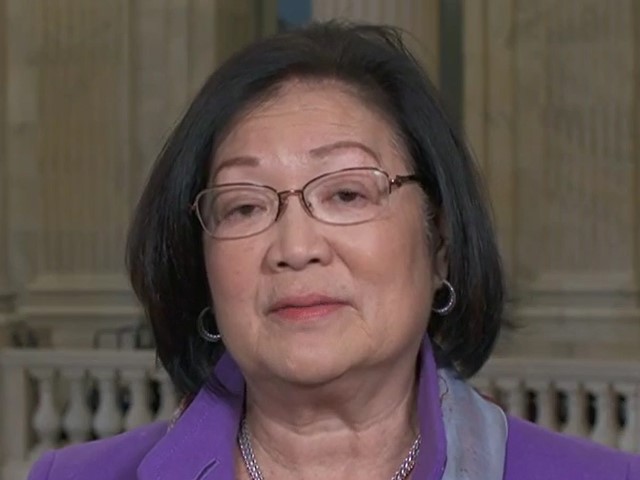 Senator Mazie Hirono (D-HI) commented Friday on CNN’s “New Day” on President Donald Trump saying he was told he is not a target of the Department of Justice special counsel Robert Mueller’s investigation.

“There is a lot going on that we probably still don’t know,” Hirono said of the ongoing investigation. “We need to have the dots connected.”

Hirono questioned Trump’s claim, saying everything he says should be “subject to question.”

“I don’t even know if it’s a fact that his legal team was informed that the president is not a target. I don’t think the FBI or the Justice Department goes around telling people whether or not they are or are not targets. And even if one is not a target one could still be a subject of interest. Everything that comes out of the president’s mouth is, in my view, subject to question,” she told host John Berman.