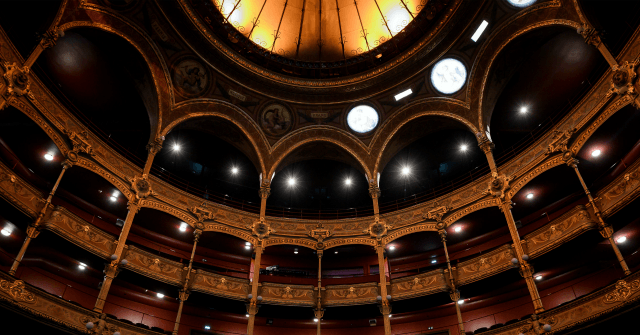 The ceiling of the grand foyer of the Théâtre du Châtelet in central Paris was damaged by a hip-hop party only months after a costly two-year renovation.

The bill for the new damages has not been revealed but a source claimed that it would cost  “several zeros” to repair the damaged caused by the attendees of the party whose jumping is said to have caused vibrations that damaged the structure of the theatre, Le Figaro reports.

The grand foyer, where audience members gather during play intermissions, saw plaster detached from a structural beam and a chandelier was also damaged as a result of the event.

While a consulting firm has been brought in to assess the extent of the damage, the task is made more difficult by the fact that much of the damage is hidden due to the nature of the structure. Whether or not more hip-hop events will be taking place in the theatre is now in question as well.

The idea behind having hip-hop clubbing in the theatre, according to Le Figaro, was to increase revenue for the theatre and bring in new audiences.

The incident comes three years after the French government attempted to insert rapper “Black M” into an event to recognize the First World War battle of Verdun. The concert was cancelled due to outrage over the rapper’s lyrics which included calling French people infidels and a song glorifying school shootings.

Other French rappers have also seen controversy over anti-French lyrics, including rapper Nick Conrad, who released a video earlier this year in which he strangled a white woman wearing a cross while singing “I f**k France, I burn France.”

The release of the video came just months after Conrad faced hate crime charges for another song in which he advocated for the hanging of white people and the murder of white babies in a song entitled “Hang the Whites.”