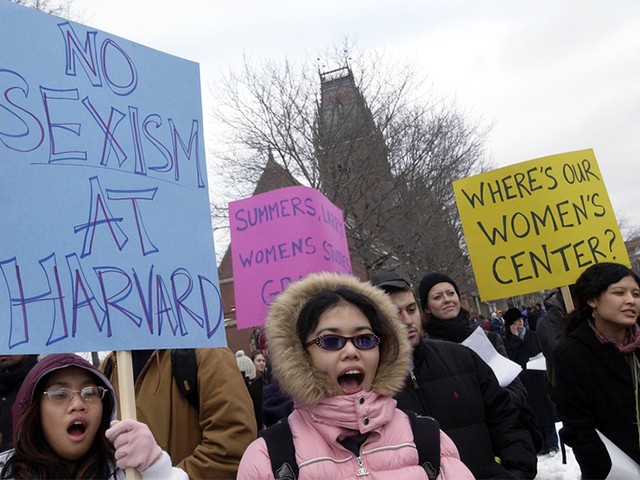 “When you’re 17 years old, when you’re deciding where to go to college, you’re probably too young to make up your mind whether you’re a liberal or conservative. You need to learn some things. Kids sometimes say to me, ‘I want to get into your college. I’m a conservative.’ I always say, ‘What’s that?’ and then they stumble, you know?”

Arnn added, “The first part of education is learning what fundamental things mean. That’s what the great books are about. That’s what natural science is about. And so you make them strong by letting them do the work to learn, and then they can figure out what they are.”

Arnn shared an exchange with Rush Limbaugh regarding the politics of Hillsdale College’s students and alumni.

Arnn added, “Just remember, the way they make them liberal is they spoil them to death. They tell them, ‘Your opinion is the sovereign thing in the universe, and you can be anything you want to be: an aardvark or a gazelle,’ so they don’t learn much.”

“You just look at these scenes on TV — I’m horrified by them — and students get to marching and ranting,” lamented Arnn. “And they demand the firing of senior officials, and they get it, and they demand changes in the curriculum, and what they all have in common — if they’re students — is they’ve never completed a curriculum.”

Arnn continued, “How would they know? They’re supposed to learn. It is liberating to the student to teach them knowledge and command of their intellect and passions. That’s what they’re doing to them, see? There’s a depreciation of the reality of knowledge and the reality of things that is the theme of education — K through 12 included — much of it enforced by the government. And so these poor kids, they never have the joy of the achievements that are natural to them if they will think.”

Ubiquitous pushes for “diversity” across colleges and universities amount to a contradiction against what Arnn said should be post-secondary institutions’ educational mission.

Arnn added, “You require a strong character, and you get that through making choices. When you’re tempted to make choices for pleasure or to avoid pain when really you should stand up to it or avoid it, that forms your character. And character comes from a Greek word that means to etch or engrave, like digging into yourself. You can’t get it out once you get it in there.”

Arn maintained, “And then that brings up the question of God because in both pagan philosophy — in the Greek World and Roman World — and in Christianity and Judaism and Islam, for that matter, the ultimate good is God, a perfect being. So understand why the implication of that is in the universe.

Arnn held, “And then, finally, human beings are made to live under law. Their political nature comes from the fact that they can talk to each other. Aristotle gives a beautiful discussion of that in book one of the Ethics and book one of the Politics. And so that means to be a human being — to be a good one — you have to be concerned about your country. It needs to be just, and it needs to be free. So we teach those four things here, and we, of course, have a million opinions about them as we go, and we argue about them all the time, but those are the things. And the college was founded for that in 1844 by people who became friends of Abraham Lincoln, and we stick to it today.”

“If you take Title IV — in the Higher Education Act, it’s where that financial aid is located now — and if you take the money, and most colleges get something like 35 percent of their revenues from government money, that means they’re the biggest single donor, and what you do to get the money is you sign a document that’s about 500 pages of rules,” noted Arnn.

Arnn added, “I’ve been told by an attorney they’re unreadable. And that means, by the way, you sign them — they change all the time — you sign to abide them while they change, and the only way you can find out what they actually mean is to employ experts who are partly guessing. And that means they have control of you.”

Arnn went on, “We don’t have 500 pages of rules in the whole of Hillsdale College, and if we did, we couldn’t read them. I think we have 17 — not pages — but 17 student rules at Hillsdale College. So you avoid that. And because it’s so comprehensive, because it’s a constant activity to keep up with it, it changes the place. You have to employ a whole bunch of people whose job is to interpret all that and follow all that.”

Conditions attached to acceptance of funding from the Department of Education degrade educational quality, said Arnn.

“It changes the direction of the school,” Arnn stated. “We get freedom from that, although you just look at how the government is going these days, to have a liberal society, you have to have a private sphere in which people can operate independently and live their lives, and it’s just the most obvious thing in the world. That’s contracting today and contracting for us because of it.”

Marlow asked about political pushes to provide all people with post-secondary education.

“If you set out to make it a goal that everybody should go to college, you can achieve that only by changing what college means,” replied Arnn. “So there’s a lot of that going on. There’s just a lot of people going to things that are called college that are not really that anymore. So there’s a bubble.”

Arnn explained, “So if you subsidize the thing artificially, and that’s one reason why we can divert our gaze from the fact that all learning — higher learning included — is an achievement of the student, and the ones who should do it are willing and able, which are the two qualifications to do anything.”

“The liberal arts [is] the subject matter that every human being needs to know,” declared Arnn. “And, of course, they were taught very extensively in elementary and secondary education until all of that got worse. They’re still taught in many places. Right now, Hillsdale College is sponsoring 20 charter schools across the country. Everybody learns Latin and everybody wears uniforms, and 84 percent of these 20 charter schools are operating at the top level of the state rankings without paying any attention to them or preparing in any way for the test. So a lot of what is trying to be done in college now should be done in rigorous K through 12 education — and can be done there.”

Marlow invited Arnn’s comment on the current “state of freedom [and] the First Amendment” in light of a growing “politically correct boycott culture.”

Arnn replied, “We live in a society where you have to be careful about what you say in artificial ways. So in Hillsdale, the speech rule has been the same for as far back as we have records. You can say anything you want to if you can say it in an academic and civil manner. If you observe those rules, then we will learn together, and we will be friends with one other.”

Arnn added, “The word ‘college’ means partnership. But after that, if you come to Hillsdale College, you sign an honor code to support the mission of the college. … What does ‘support’ mean? It means you’re going to learn about them and argue with them if you want to — and we all do — but you may not obstruct the college from pursuing its mission. It has a right to do that, and so that means that we don’t have to fight about things like that. We can just argue about what they mean, and we can even argue we don’t like them if we want to.”

Arnn explained how the academy sows left-wing ideological seeds that blossom across other political and cultural institutions.

“These signals come out — their ultimate sources in the elite universities, the 20 or so that dominate the world — and then they signal through these radical groups and through entertainment,” said Arnn, continuing, “all those institutions you named — [news media, entertainment, and the academy] — and they go down through the world, and the next thing you know, somebody’s horrified if you say some places have bad culture. I said that not long ago, and a very nice woman in an education meeting gasped, and I said, ‘Well, you know Germany — 1933 to 1945 — you like that one?’”

Arnn concluded, “‘Culture,’ that comes from the Latin word that means to grow, and so we all want to grow in ourselves and in our societies good cultures, but we’re not even allowed to talk about that anymore. And there are a million things that are even more violent than that now,  and that is despotism, and it can go very far.”