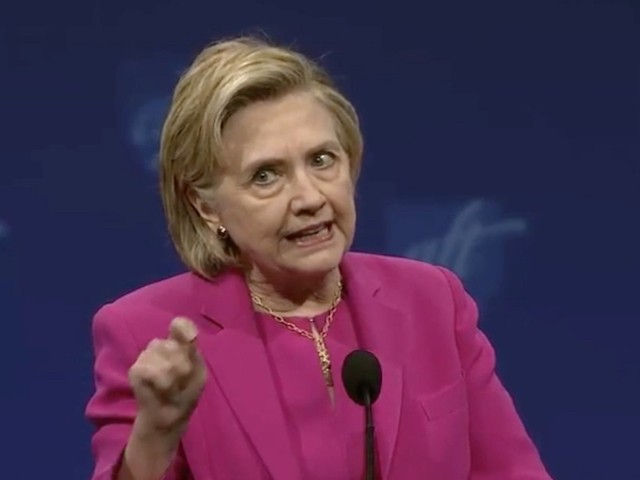 Tuesday at the Atlantic festival in Washington D.C., former Secretary of State and 2016 Democratic presidential nominee Hillary Clinton said President Donald Trump “has been racist, he’s been sexist. He’s been Islamophobic. He has been anti-LQBTQ.”

She added, “He has a view of America that is incredibly constricted. And he talks to that America. He talks to them all the time. And it’s by no means a majority, as we know. But it is a very hard core who are responding to him and supporting him for a variety of reasons. Whatever they might be, economic reasons, Supreme Court reasons, or some of these other more troubling biases and prejudices.”