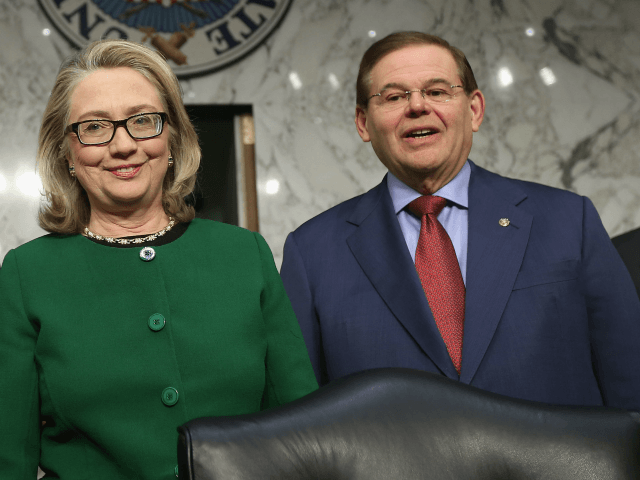 Failed presidential candidate Hillary Clinton’s van crashed inside a parking garage prior to a fundraiser for Sen. Bob Menendez on Monday.

Video obtained by NTK Network shows Clinton’s van pulling into a parking garage and crashing into something before Clinton and her top aide, Huma Abedin, exit the vehicle.

Clinton hosted a fundraiser for Menendez at the Liberty Prime Steakhouse in Jersey City with a group of “Women for Menendez” supporters. Tickets cost as much as $5,400 for the event.