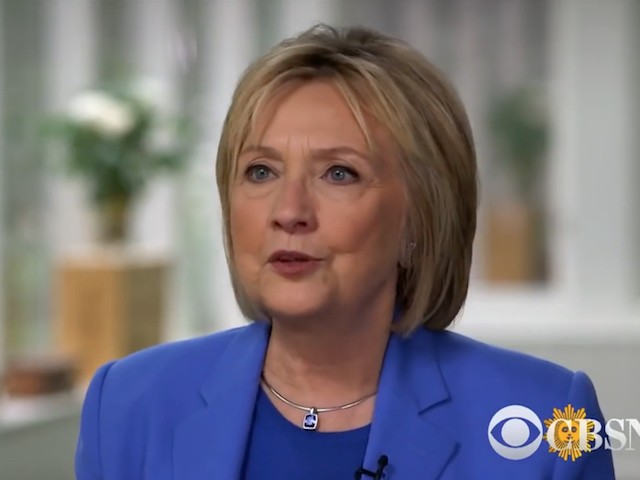 On this weekend’s broadcast of CBS’s “Sunday Morning,” 2016 Democratic presidential nominee Hillary Clinton complained the “way Trump debated” her was “imbued with sexism.”

When asked if she really has a “file on sexism in politics,” Clinton said, “I do. I do. It’s a file that tells a somewhat sobering story about how hard it is to break through the mindsets that people have. And it is difficult for many people, not just men, a lot of women, to think, wait a minute, this woman is going to be a governor or a member of Congress or my mayor or maybe even a president.”

She added, “If you watched the way Trump debated me, it was imbued with sexism. Making fun of me for preparing—that’s the old like, ‘Oh, yeah, the girl in the class who is always prepared, I don’t need to be prepared.’”