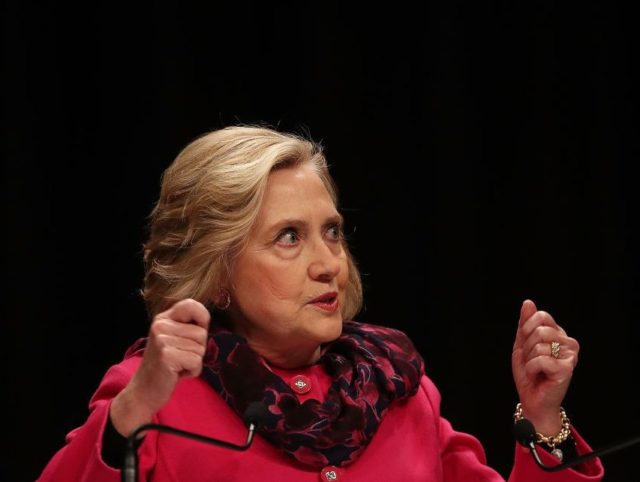 Failed U.S. presidential candidate Hillary Clinton has said Europe should send signals that it will cut immigration, in order to combat the rise of populist parties.

In an interview with Britain’s left-wing newspaper The Guardian, Clinton said that while she admired “the very generous and compassionate approaches” taken on mass migration from the third world, “particularly by leaders like Angela Merkel”, globalist parties in Europe need to change tack in order to maintain voters’ confidence in centrist politics.

“[European politicians] must send a very clear message – ‘we are not going to be able [to] continue to provide refuge and support’ – because if we don’t deal with the migration issue it will continue to roil the body politic,” she said.

Asserting that mass migration was “what lit the flame” of populist discontent with establishment parties across the West, Clinton told the paper: “There’s no doubt in my mind that Brexit was largely about immigration and the lies that were told by the Leave campaign.”

People with patriotic political views are marked by their rejection of “freedom and responsibility”, the former first lady claimed, going on to characterise national conservatives as having “a psychological … yearning to be told what to do, and where to go, and how to live and have their press basically stifled and so be given one version of reality.”

While acknowledging that she lacked the ability to “fully understand” why right-wingers have been abandoning centrist politics, Clinton suggested they were attracted to “strength”, opining that there are not enough “awareness or reminders … about what that can lead to” currently in place.

She told The Guardian: “I think it’s as much psychological, maybe more than political, as to what people are yearning for. I mean, freedom is burdensome. It’s hard getting up and taking responsibility for yourself and trying to make all these decisions.”

Everyone else’s fault but Hillary’s https://t.co/xDBm0MOnz7

Admitting to still being “absolutely dumbfounded” by her defeat to Donald Trump in 2016, she also used the interview, which was published Thursday, to attack the President for using the issue of mass immigration “as a political device and as a symbol of government gone wrong”.

“There are solutions to migration that do not require clamping down on the press, on your political opponents and trying to suborn the judiciary, or seeking financial and political help from Russia to support your political parties and movements,” Clinton said.

The former New York senator was one of three “centrist heavyweights” The Guardian asked to weigh in on “the global rise of right-wing populism, and what can be done to stop it”, along with ex-UK prime minister and ‘New Labour’ architect Tony Blair, and the globalist former leader of Italy, Matteo Renzi.