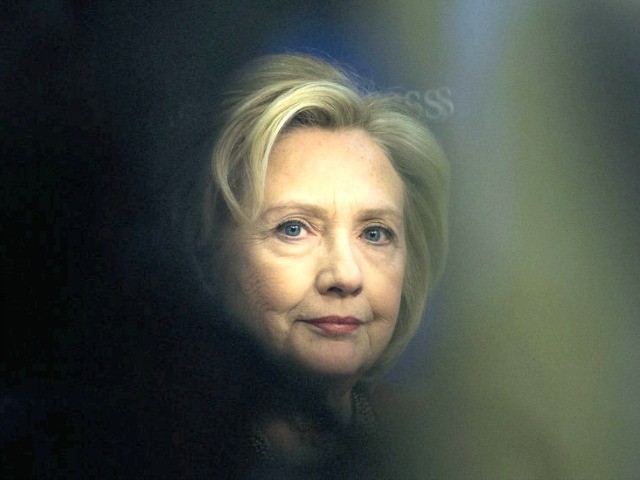 Former Secretary of State Hillary Clinton has relinquished her security clearance over her handling of sensitive information stored on a private email server, according to the Senate Judiciary Committee.

Cheryl Mills, a former top Clinton aide, along with four additional individuals, no longer have clearance, committee chairman Chuck Grassley said Friday afternoon. The Washington Times reports Clinton’s access to secret information “expired at the end of August,” while the four other “research assistants,” the names of which were redacted in a letter from the State Department, had their clearances terminated September 20.

The FBI began investigating the handling of classified material on Clinton’s private email server shortly after she announced her bid in April 2015. The issue had dogged Clinton’s 2016 presidential campaign, greatly contributing to the questions a majority of Americans have about her honesty and trustworthiness.

Still, Clinton had appeared to be heading for a sweeping victory over rival Donald Trump before Comey’s first letter to lawmakers, in which he stressed the FBI could not yet assess “whether or not this material may be significant,” or how long it might take to run down the new investigative leads.

The review involved material found on a computer belonging to Anthony Weiner, the disgraced former Democrat congressman and estranged husband of Clinton aide Huma Abedin. While Comey was vague in his initial description of the inquiry, he said Sunday that the FBI reviewed communications “to or from Hillary Clinton while she was secretary of state.”

Based on such review, Comey told lawmakers the FBI was not changing the conclusion it reached this summer. Then, Comey said, “no reasonable prosecutor” would recommend Clinton face criminal charges for using a private email system while at the State Department.

In June of this year, Justice Department Inspector General Michael Horowitz issued a stinging rebuke to the FBI for its handling of the Clinton email investigation. The watchdog official’s report labeled Comey “insubordinate” and said his actions during the probe were “extraordinary.” However, the report did not find evidence that Comey was motivated by political bias or preference in his decisions to absolve Clinton.

Further, the report criticized Comey for publicly announcing his recommendation against criminal charges for Clinton. It also faults him for alerting Congress days before the 2016 election that the investigation was being reopened because of newly discovered emails.

Representatives for Clinton did not immediately respond to request for comment.