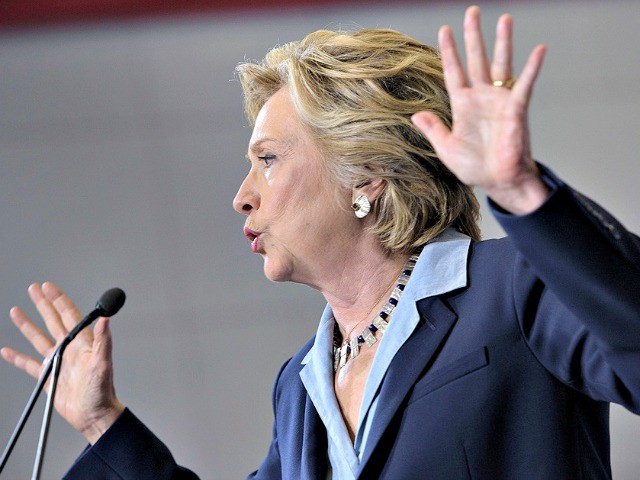 Hillary Clinton accused President Donald Trump of having a long “streak of racism” and “the whole package of bigotry” in an interview with The Guardian.

“This is a person who believes in very little, but he does have visceral responses to what goes on in the world around him. He does have a strong streak of racism that goes back to his early years,” Clinton reportedly told the outlet in the interview published on Friday. “I include his anti-immigrant tirades because he characterizes immigrants in very racially derogatory ways, but he was Islamophobic, he was anti-women, he really had the whole package of bigotry that he was putting on offer to those who were intrigued and attracted to him.

Clinton, who infamously once accused black youth of being “super-predators,” also accused Trump of “raising the specter of criminal immigrants” for political gain.

“He was, from the very first day of his campaign, raising the [specter] of criminal immigrants and the like. So the anti-immigrant piece coupled with things that he said, the kind of people who supported him, former Ku Klux Klan members and the like, the message that we called the dogwhistle, was incredibly loud. It was: ‘I’m on your side because I don’t like the same people you don’t like. Or at least I’m going to say I don’t and that counts for something.’”

Clinton implied that Trump is purposely creating an “alternative reality” because he has studied other “authoritarian regimes and how they manipulate and control people.”

According to the outlet, Clinton cited research into fascism that former Secretary of State Madeleine Albright conducted that found “various populist, rightwing, fascist, authoritarian movements and leaders destroy a common base of fact and evidence, creating an ‘alternative reality.’”

“He is someone who craves dominance over any situation he finds himself in. He craves adulation, flattery, all of which fit the profile of leaders we can remember from the past,” Clinton added of Trump.