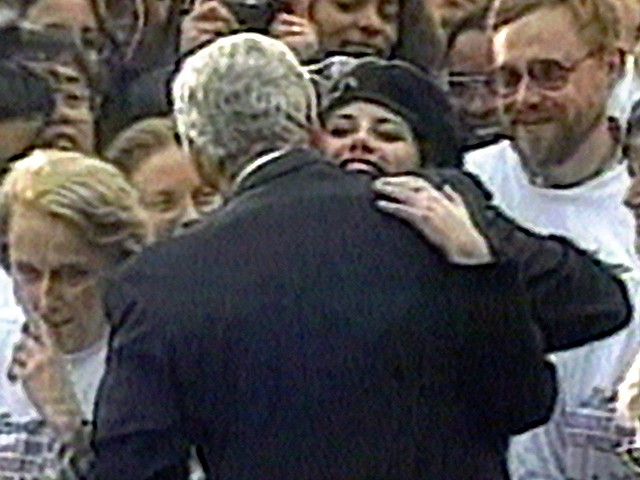 Former 2016 presidential candidate Hillary Clinton said in a Sunday interview that her husband, former President Bill Clinton, did not abuse his power when he had an affair with former White House intern Monica Lewinsky.

The former first lady told CBS Sunday Morning that her husband also made the right decision to not to resign from the presidency in the wake of the scandal that led to her husband’s impeachment for lying about the affair with the then-22-year-old intern.

When asked if her husband should have resigned from the presidency, Clinton said, “Absolutely not.”

The former secretary of state elaborated that her husband’s affair with Lewinsky was not an abuse of power because Lewinsky was 22 years old at the time and legally “an adult.”

Later in the interview, Clinton turned the tables and used it as an opportunity to bash President Trump.

“But let me ask you this: Where’s the investigation of the current incumbent, against whom numerous allegations have been made, and which he dismisses, denies, and ridicules?” she said. “So, there was an investigation [of Bill], and it, as I believe, came out in the right place.”

Hillary Clinton has gone on several media outlets over the past few days to bash President Trump.

The former presidential candidate and secretary of state told CNN’s Christiane Amanpour on Tuesday that cultural changes in issues like gay marriage caused Republicans to “seek the kind of leadership that will limit freedom,” referring to President Trump as that leader.

But Democrats are not too pleased about Clinton’s continued presence in the media, saying that she is the “kiss of death” for any Democratic candidate who wants to run in the 2018 midterm elections.