A Twitter Q&A session with fans on Wednesday went awry after Washington Commanders star Jonathan Allen listed Hitler as one of the three people he’s like to have dinner with.

When asked by a Twitter follower to list the three people he would most like to have dinner with, Allen wrote, “My grandad, hitler, and micheal [sic] Jackson.”

After being pressed on why he would include Hitler in that group, Allen wrote, “He’s a military genius and I love military tactics but honestly I would want to pick his brain as to why he did what he did. I’m also assuming that the people I’ve chosen have to answer my questions honestly.”

After giving this response, Allen deleted the tweets referencing Hitler and apologized. 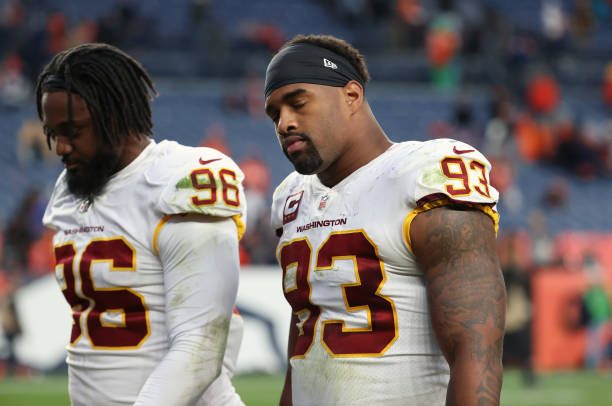 “Early I tweeted something that probably hurt people and I apologize about what I said,” Allen wrote. “I didn’t express properly what I was trying to say and I realize it was dumb!”