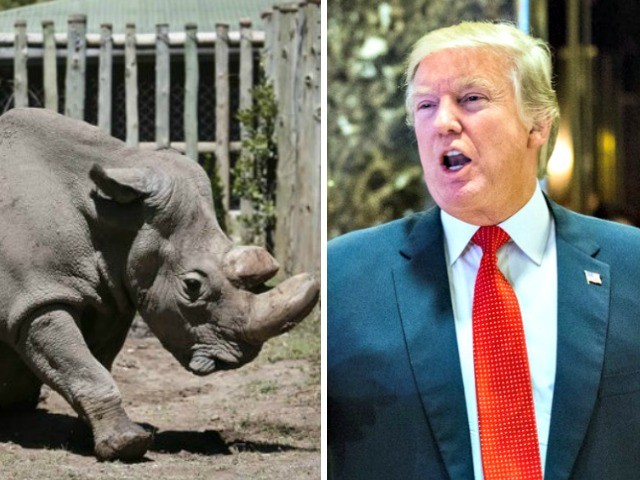 Olsen reflected on his pre-election predictions, laid out in an article entitled, “Tomorrow the RINOs Will Take Their Revenge,”

Olsen said, “I think [the midterm elections] fit my prediction almost perfectly. The one thing I think I underestimated was the degree to which some of those Obama-Trump voters who I nicknamed ‘TIGRs’ — Trump Is Great Republicans — actually stayed loyal.”

Olsen added, “A lot of the polls suggested that they might be wavering and going back to Democrats, but in the end they pulled the Republicans’ bacon out of the fire in a number of seats. Other than that, you look at a high-income suburb, and you saw virtually all of the Republican losses on Tuesday night.”

The Republican establishment does not understand Trump’s appeal, said Olsen.

“I think they still don’t understand why Donald Trump is president, and I don’t think they understand why there is a [Republican] Senate majority,” stated Olsen. “I think they’re like the stereotypical country club person who wakes up on second base and thinks he hit a double.”

Olsen advised Republicans to field candidates who “fit” districts that went for Obama in 2012 and then for Trump in 2016. He said Republicans “just gave Democrats a pass” in such districts.

Pollak stated, “Democrats went after the Republican districts where Hillary Clinton won, and there were seven of them in California. They picked up three of them. Why weren’t Republicans trying to go on offense? The people who run the party infrastructure, maybe they just need to be replaced, and that means not just the elected officials, like party caucus leaders, but the people elected to run the RNC and the NRCC.

Pollak added, “What are they doing if they’re not finding candidates to run in working class areas that Trump won and to exploit that opportunity? I just feel like the party kind of failed at a leadership level.”

Olsen replied, “Absolutely it failed as a leadership level. … It’s not that they didn’t have a spokesman for the agenda. They have no agenda. It was obvious the whole two-year Congress that the only thing they wanted to do was cut taxes. That was it. They had no agenda to sell other than the tax cut.”

Olsen continued, “Their political theory was that once we cut taxes, people will be so grateful for the money in their pocket and the economy that they will reward us. There was no evidence to support that at any time during the last two cycles. To do that, they’d have to rethink what being a Republican is, and they weren’t willing to do that.”

Olsen declared, “You have a Republican Party in Washington that fundamentally doesn’t want to govern. It doesn’t want to make hard choices and provide leadership for public policy, It wants to cut taxes and get out of the way. That’s not good politics.”

Olsen went on, “There were millions of people who were on the left wing of the old Republican Party who are now incensed about the president, and to not try at all to deal with that by either embracing the president or by trying to appeal to them directly, saying, ‘Most Republicans like Donald Trump but there are a lot of Republicans who don’t and you don’t have to like Donald Trump to vote for a Republican, and here’s why.’”

Olsen went on, “So there were very few, or virtually nobody in seats that were that bad that were willing to go all the way, so they got no credit. They pissed off Trump supporters. They angered Trump supporters by not being 100 percent or 90 percent loyal and they didn’t get any credit from the people they were trying to win over because they were too loyal.”

Olsen added, “You just can’t play with something as visceral as the way people feel about the president. You have to be in or you’re out, and for those people who dallied about, they got what they deserved.”

“Republicans have had this theory for 30 or 40 years, which is,’We don’t have to change anything about economics. We’re going to get all these immigrants because they’re socially conservative,’ and they are, but they’re not animated by that,” said Olsen. “They have more pressing life needs. They need good education,  public services, some form of labor market assistance in order to make their way. They don’t want socialism, but they don’t want do-it-yourself libertarianism, either. Once you offer them something else that they’re comfortable with, the fact that they’re also mildly socially conservative means that you’re not going to have intraparty warfare over those issues.”

Olsen continued, “Some of these immigrants kind of agree with the base of the Republican Party over social conservatism, the need for families, and suspicion of a promiscuous culture, but you’re not going to get them on that. You’re going to have to get them on something that says, ‘Here’s how we’re going to help your life, which is why you came to this country. We’re the party that represents you. We’re not the party that represents the people trying to tell you how to live your lives.’”

Mansour said, “I worry that the Republican establishment will turn around and say, ‘You know what? It was about immigration. That’s why we lost.’ It wasn’t. Or they’ll blame Trump’s trade policies. They’ll basically try to throw those Trumpian voters under the bus in order and try to get rid of them to win back the RINOs in the suburbs.”

Olsen concurred, “That’s my fear, too. I have a piece coming out tomorrow … making precisely the same argument. You dance with the girl that brung you. You have a majority because of these people that you traditionally have not wanted. The people who have been with you don’t want to be part of this party, anymore. As long as the president is in the field, you’re going to have a very hard time getting them back. So why don’t you actually try to woo the voters who want to be part of you, rather than trying to go after voters who really don’t.”