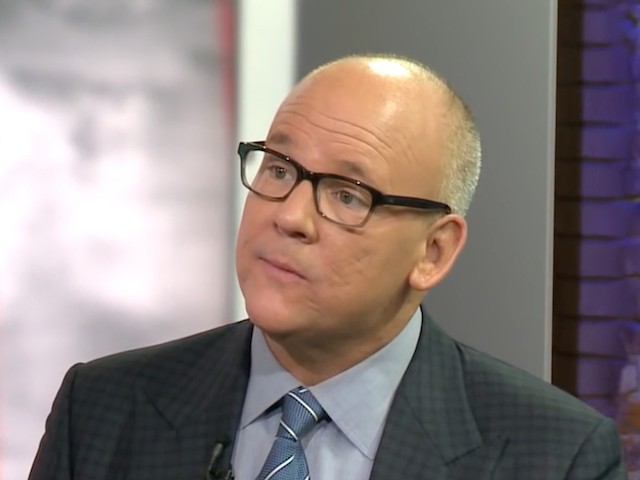 Heilemann said, “He could easily embrace two things if he were fully confident of his innocence. One of them would be to ask for an FBI investigation of every serious charge leveled against him, not just by Dr. Ford but for others. He could ask for his longtime friend Mark Judge to come forward and testify under oath and be cross-examined. He’s not done either one of those things. Every time he’s given an opportunity to do that, which would not just be a thing that would speak to his confidence, but it would also be a politically strong move, he demurs in one way or another and defers back to the Republican-controlled committee.”

He continued, “The reality of this day is we walked into the hearing with a couple of key—this is a numbers game, right? Most of the Republicans are going to vote for him no matter what. Most of the Democrats, all Democrats are going to vote against him, no matter what. There are a handful of Republican senators, the notable ones obviously Susan Collins and Lisa Murkowski, but some others, probably up to maybe ten at the most, who are going to look at this hearing and make a decision about what they thought at the end of it. Given the strength of Dr. Ford’s testimony and given the different Brett Kavanaugh that we saw in the second half of the hearing that we’ve seen so far, it does not look to me like he designed his testimony and his demeanor to try to play to those people and their concerns. He may be making Donald Trump happy. He may be making the Republican base happy. What he is not doing is reassuring Senator Collins, reassuring Senator Murkowski, reassuring Jeff Flake and Bob Corker and some others who are the ones who hold the fate of this nomination in his hands. It looks much more to me like he has decided to defend his honor and try to portray himself as a martyr in some basic knowledge that he is probably now unlikely to get confirmed because the way this day has gone has made it very hard for those Republican senators in the middle to be for him.”