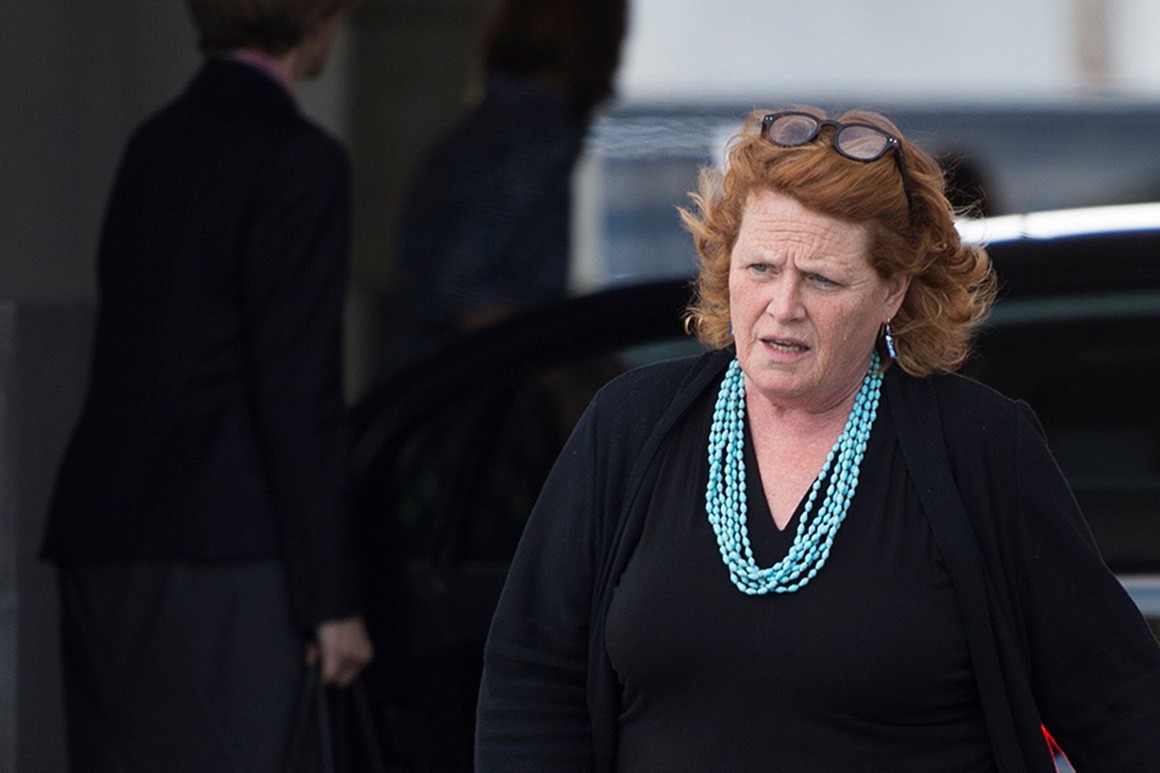 Sen. Heidi Heitkamp (D-ND), trailing by double digits in her reelection campaign, revealed Thursday she will not join Republicans in voting to confirm Judge Brett Kavanaugh to the Supreme Court.

In an interview to air Thursday night on Fargo, North Dakota, ABC affiliate WDAY, Heitkamp put an end to speculation she might vote for President Donald Trump’s nominee, as she did last year with now-Justice Neil Gorsuch. At a June campaign rally, Trump predicted Heitkamp would oppose any nominee he picked to replace retired Justice Anthony Kennedy.

“The process has been bad but, at the end of the day, you have to make a decision, and I’ve made that decision,” Heitkamp told WDAY’s Kevin Wallevand. “I will be voting no on Judge Kavanaugh.”

WDAY will air Heitkamp’s explanation of her reasoning Thursday evening, only 33 days away from her election showdown with Republican nominee Rep. Kevin Cramer (R-ND).

Heitkamp is a quinessential “red state Democrat,” representing a state President Trump won by more than 35 points in 2016. As such, she kept her options open with regard to the Kavanaugh vote, even after much of the rest of her party coalesced around efforts to defeat his nomination with sexual misconduct allegations.

Already facing a tough reelection fight, Heitkamp’s seat in the Senate fell into even greater jeopardy when the Kavanaugh affair began to drive Republican voter engagement. As Christine Blasey Ford; her lawyers, Deborah Katz and Michael Bromwich; Deborah Ramirez and the New Yorker reporters who publicized her allegation; Ronan Farrow and Jane Mayer; Christine Swetnick and her lawyer, Michael Avenatti; Senate Judiciary Committee Democrats, and the entire left-leaning news media were unable to produce any contemporary corroboration to any of the decades-old allegations against Kavanaugh, polls began to show a groundswell of Republican anger that could decide battleground elections like Heitkamp’s.

Heitkamp in particular seems to have suffered from the “Kavanaugh effect” in the polls. Two successive polls released this week show Cramer leading the race by double digits, while Heitkamp’s North Dakotan constituents want Kavanaugh confirmed by a margin of more than two-to-one.

The Cramer campaign, in a statement responding to Heitkamp’s decision, seemed to suggest opposing Kavanaugh may be the death knell of her campaign. “LET’S BE CLEAR —  Heidi Heitkamp just failed North Dakota, and voters know it,” the statement reads. “Given that a majority of her constituents want this exemplary nominee confirmed, Heidi Heitkamp is on the wrong side of history, and this will be the last consequential vote of her career.”

Heitkamp revealed her decision as news filtered out about the completion of the seventh FBI background investigation into Kavanaugh’s past. The new investigation had been a Democratic demand virtually since the first public mention of sexual misconduct allegations from Kavanaugh’s high school and college days. The probe was finally granted after Sen. Jeff Flake (R-AZ) conditioned his vote on it, creating another week of delay in confirming Kavanaugh.

The White House and Senate Republicans made confident statements Wednesday that the new report shows no new corroboration or evidence of misconduct. The FBI report, however, did nothing to satisfy the Democrats who long insisted on it. Senate Democrats immediately smeared the report as “incomplete,” “limited,” and “smack[ing] of a whitewash, even a cover-up.” Senate Minority Leader Chuck Schumer (D-NY) said his fears of an inadequate investigation were “realized” and Senate Judiciary Committee ranking Democrat Dianne Feinstein (D-CA) said the report was “most notable” for “what’s not in it.”

Evidently, the FBI investigation also was not enough to sway Sen. Heitkamp into the “yes” column.