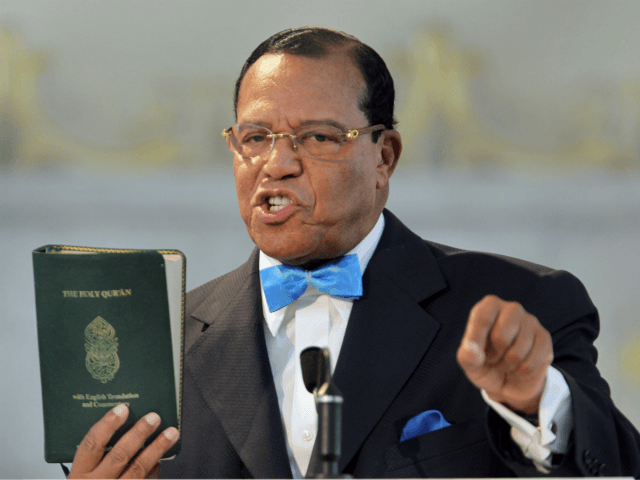 Racist and anti-semite hate preacher Louis Farrakhan referred to Jews as “termites” on Twitter earlier today. Twitter has said it will do nothing.

Earlier today, Farrakhan tweeted that he is “not anti-semite” but “anti-termite,” posting a link to a video where he makes the same remark, along with a comment calling his Jewish critics “stupid.”

“To the members of the Jewish community that don’t like me, thank you very much for putting my name all over the planet … I’m not mad at you, ’cause you’re so stupid,” Farrakhan said.

“So when they talk about Farrakhan, call me a hater, you know they do, call me an antisemite — stop it! I’m anti-termite! I don’t know nothing about hating somebody because of their religious preference.”

Just in from a @Twitter spokesperson: Louis Farrakhan’s tweet comparing Jews to termites is not in violation of the company’s policies. The policy on dehumanizing language has not yet been implemented.

So if you want to compare Jews to rats/insects – get it in while you can!

Breitbart News also reached out to Twitter for comment, but did not receive a response. It is not the first time that Twitter’s press team has failed to inform conservative media of newsworthy developments in a timely manner. The company also briefed establishment media ahead of the suspension of Alex Jones from the platform, while neglecting to inform conservative media.

According to Bernstein’s post, Twitter claims that its policy on “dehumanizing language” has yet to be implemented. Yet the company has already started mass-banning users who deploy the “NPC meme,” a cartoon designed to mock leftists for scripted, uncreative thoughts.

Twitter has thus far refused to acknowledge that its downranking algorithms, designed to police content that strays close to rule violations, implicitly favor the left. Because Twitter factors in the number of times an account has been blocked or muted when deciding whether to downrank its content, it has set up a system that favors the easily-offended: people who like to shut themselves off from contrary opinions. It isn’t merely a stereotype that these people tend to be found more frequently on the left — research has found that Democrats are three times more likely than Republicans block or unfriend people over their political opinions on social media.

Although Twitter has not yet taken action on Farrakhan’s latest tweet, they did remove his “verified” blue checkmark earlier this year for “hate speech.”