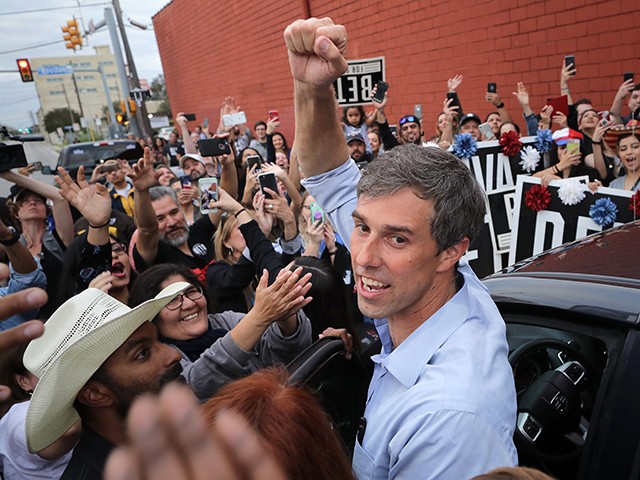 HBO has announced that it will air a documentary following former Texas Congressman Beto O’Rourke’s failed bid for the U.S. Senate, the latest in a long line of films charting the careers of various left-wing media darlings.

The documentary film, Running With Beto, will show how O’Rourke nearly unseated Sen. Ted Cruz in a high-profile campaign that attracted support from celebrities, lawmakers, and left-wing activists across the country. The film will premiere at March’s South by Southwest festival in Austin, Texas, before airing on HBO as part of their slate of exclusive programming.

In a press release on Medium, the network claimed that the documentary will give “viewers unprecedented access into the personal and political toll that running for office can take on a candidate and a family, capturing revealing moments with his wife and three young kids throughout the grueling journey.”

BIGGEST NEWS YET: We’re elated to share we’ve found our dream home and will air on @HBODocs this Spring!
•#RunningWithBetoDoc#BetoORourke pic.twitter.com/Qk0058qz66

“The film offers an inside look at his unorthodox staff and a number of passionate, diverse supporters helping to spread a new message in Texas,” HBO said of the film. “Revealing the challenges of the campaign trail, RUNNING WITH BETO documents Beto’s battles with an onslaught of negative advertising, the inevitable strain on his family, and the pressure of delivering for those he inspires.”

O’Rourke was defeated by Cruz in the general election lat November, having raked in a staggering $69 million in largely grassroots donations. However, there is much speculation that O’Rourke’s may soon announce a run for the 2020 Democratic presidential nomination, having built up a large progressive following around the country.

The announcement came one day after Netflix spent a whopping $10 million on purchasing the rights to Knock Down The House. The film, which premiered at the Sundance Film Festival last month, examines the primary campaigns of Alexandria Ocasio-Cortez and three other female progressives as they attempted to unseat three establishment Democrats.