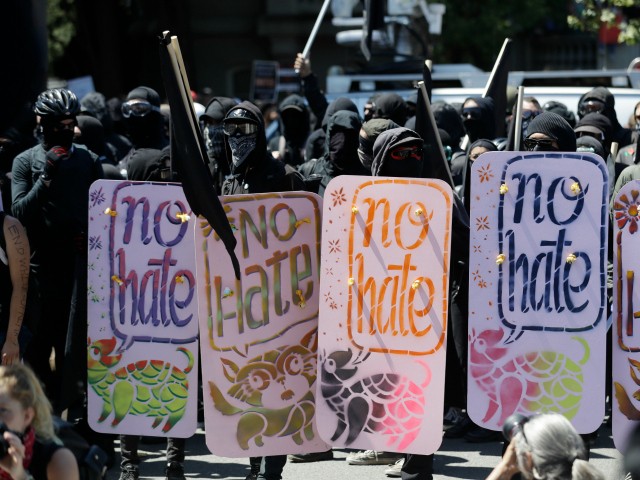 Free speech is increasingly imperiled as nations around the world turn to authoritarianism, which comes packaged as everything from iron-fisted dictatorial rule to coercive “progressivism.”

One thing every brand of authoritarianism has in common is speech codes. Dissenting ideas dilute authority, so they must be suppressed. We should be thankful for the free speech that remains, and rise from our Thanksgiving tables prepared to fight for it.

Our political speech is soggy with endless calls to “fight” for various “rights,” few of which bear any resemblance to what America’s founders considered to be inalienable rights. One important clue to their thinking is that rights were seen as something an unjust government could take away from citizens by force, not something benevolent governments present to citizens as a gift.

Freedom of speech was codified as the first of those rights because preserving the others is impossible without the ability to speak up and organize. We might reflect on the importance of religious freedom as the very first component of the First Amendment because inalienable rights are impossible to understand without acknowledging a power higher than the state from which those rights descend. Once the concept of rights is understood, safeguarding the ability to discuss them and organize peacefully to protect them is vital.

Authoritarianism reverses this model of free speech. Speech becomes a dangerous resource to be rationed out carefully by the state. Dissent becomes a menace to authority. It does not matter if the authoritarian rulers see themselves as god-kings, brutal dictators, social justice warriors, or benevolent caretakers of a childlike populace. The principle remains the same: the horizons of acceptable speech must contract because authority must not be questioned and dogma must not be challenged. “Consensus” and “unity” become the highest civic virtues.

Authoritarian China ranks near the bottom of free speech studies: 176th out of 178 nations on the World Press Freedom index compiled by Reporters Without Borders, two of the bottom 20 entries on the Freedom House Freedom in the World Index (Tibet is listed separately, and its lack of freedom is due to Chinese oppression), 130th out of 159 nations in the Cato Institute’s Human Freedom Index. But the Chinese government does not represent itself as a jackbooted personality-cult dictatorship like North Korea. The Chinese claim their gigantic censorship apparatus is vitally necessary to maintain public unity for the greater good of the people. Beijing derides complaints about its censorship policies as a hypocritical foreign plot to undermine national harmony and subvert the Communist government.

China’s language is being adopted around the world with disturbing speed, in part because the Chinese use “sharp power” or economic leverage to force foreign companies to obey their speech codes. In 2018, China forced airlines to change their websites, Western companies to fire their employees, and giant clothing retailers to apologize because they sold T-shirts that contradicted China’s territorial claims. China’s grip on Hollywood also grew inexorably tighter.

Most disturbingly, the Western titans of the Internet have grown more agreeable to China’s demands for censorship and more hospitable to Chinese thought. This is not just about helping the tyrants of Beijing keep their own people in the dark. It is about Western companies internalizing China’s constricted view of free expression and agreeing with it. They think censorship can be sanctified by using it for noble ends such as fighting racism and homophobia, rather than keeping a pack of Politburo dinosaurs in power. Big Tech is making the terrible mistake Galadriel avoided in The Lord of the Rings by refusing to don Sauron’s ring. They think malevolent power can be purified by using it for benevolent ends.

In the United States, Chinese-style speech controls are slipping in from academia, where “deplatforming” speakers and legitimizing the Heckler’s Veto have long been popular. The Heckler’s Veto is simply the brute-force application of speech codes as a means of maintaining peace and unity: threaten to disrupt the peace until the authorities decide protecting “controversial” speakers is too difficult and follow the easier path of canceling their appearances. It is not very difficult for a ruthless, determined, and noisy minority to convince authorities ranging from university administrations to city governments that silence is the affordable alternative to loud and potentially violent protests.

The frontiers of free speech have moved online, where disruptive protests are even easier to organize. Retweeting and clicking “like” are much easier than showing up for street theater. Organized online networks bloated with fake accounts and bots provide an easy way for relatively small groups of people to appear as huge and menacing movements. Social media campaigns have proven very effective at drafting nervous corporations into political crusades and bullying them into disciplining or firing employees for politically incorrect speech.

One of the disturbing trends in 2018 was the privatization of censorship, as a small group of huge tech companies began working together to silence objectionable individuals. They have interpreted term-of-service violations with such ludicrous degrees of political bias that they can censor conservatives for merely repeating what left-wingers are free to say. Concerted corporate efforts to deny them web space or shut down their income streams can threaten entire platforms. The left now blithely assumes big tech companies will take action to shut down conservative speech and assumes social media systems are broken when politically incorrect thoughts are trending.

Many on the right have difficulty mounting a passionate defense against these techniques because they cleave to the principle that free-market companies should be allowed to set whatever terms of service they see fit, or refuse to do business with whoever they please – principles that do not hinder censorious left-wingers for a microsecond when they target corporations with pressure campaigns. The prospect of federal regulatory remedies for speech-controlling corporate cabals strikes free marketeers as a cure that might be worse than the disease.

Another aspect of corporate speech control is the fetishization of guild media privileges as the essence of free speech. Press freedom is a subset of free expression, not the other way around. Press freedom tends to be easier to quantify with think-tank studies and, naturally, media people are eager to denounce offenses against their own speech rights, but a society in which only credentialed members of the press enjoy untrammeled free speech is not a free society.

It is a grave mistake to conflate freedom of speech with freedom of the press. They are both important, but they are not the same thing. Large media organizations have proven themselves quite comfortable with suppressing speech they dislike. Those who worry about the undue political influence of giant corporations should resist making an exception for giant media corporations. They profit from free expression, and like any other resource, speech grows more valuable as it becomes more scarce.

No discussion of the precarious state of free speech is complete without mentioning Islam and its strict speech codes, which are beginning to find purchase in Western societies. Europe saw the imposition of its first sharia speech law in October with the European Court of Human Rights prosecution of an Austrian woman for blasphemy against Mohammed.

These codes are theoretically justified as bans against insulting the sensibilities of any religion, which would be bad enough from a free-speech standpoint but, in practice, only one religion is likely to enjoy vigorous protection. Islam is serious about its blasphemy codes and ready to use everything from lawsuits and grievance politics to the Heckler’s Veto to enforce them.

In a decaying free speech environment where using “him” and “her” to refer to biological males and females is suddenly controversial, the censorship demands of an activist Muslim minority will count for more than the relaxed attitudes of moderates who merely frown at blasphemy.

Energy is the key factor now that free speech is highly negotiable, a social commodity rather than an inalienable right. The speech police are more energized and better organized than stalwart defenders of free speech. The list of dangerous ideas grows dangerously long. Instead of fighting for free expression, people want to get in the game with their own list of banned words, blacklisted speakers, and boycotted companies. Holding the other side to the “new rules” of political correctness seems like a more effective strategy than celebrating the principle of free speech while our adversaries roll over us with bulldozers.

Be thankful for free speech, because you will probably have less of it next year.