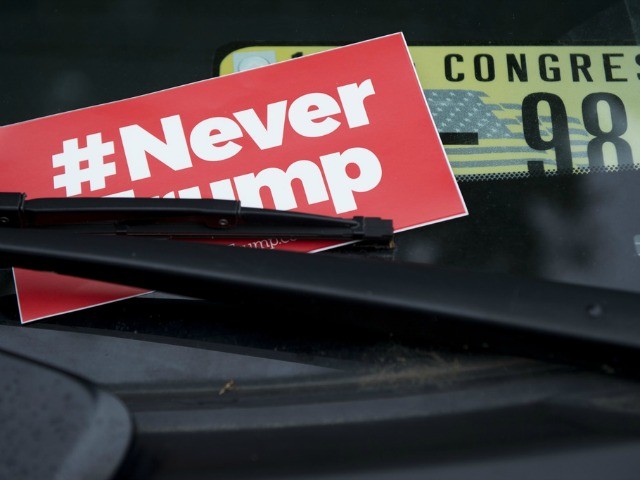 Virginia’s attempt to legalize infanticide was a wake-up call for some NeverTrump Republicans, who muttered that Democrats have gone so far off the rails that they might feel compelled to vote for President Donald Trump’s re-election in 2020. It should not have taken something this extreme to remind everyone how extreme and dangerous the Democrat Party has become.

Governor Ralph Northam’s infamous remark about making born-alive infants “comfortable” while their mothers and doctors decide whether to kill them was not a bolt from the blue. It’s not a shocking aberration or a sudden lurch into extremism. It is the logical conclusion of mainstream Democrat Party abortion politics.

Northam’s horrifying comment was not that much different from what former President Barack Obama said about infanticide when he was a state senator. Obama also waved aside the difference between human beings and tissue clumps, referring to the subjects of late-term and born-alive abortion as “that fetus, or child – however you want to describe it.” The key concept is to grant humanity at the whim of lordly politicians, and the burgermeisters of the Left have very different ideas about when human life begins than most of us, especially those of us who have seen an ultrasound.

It should have been obvious long before now to any reasonably engaged conservative – and most definitely to all professional pundits – that Democrats are all-in on late-term and born-alive abortions. They only pretend otherwise to avoid scaring moderates away during election years. The last real moderating forces were purged from the Democrat Party after Obamacare and the Bart Stupak disaster, when a supposedly pro-life congressman was suckered into supporting Barack Obama’s health insurance takeover with flimsy promises that taxpayer money would never be abused to subsidize abortion. Obamacare, as everyone should know by now, very much does subsidize abortion in numerous ways.

How many clues did “True Conservatives” need to understand how radical the Democrats have become on abortion? How many times did they have to watch Democrats creep up to infanticide and then scamper away when they saw too much of the public recoil in disgust? How much abortion money did they need to see flowing into Democrat coffers?

How savagely must the Left wage its political war against biological reality, against humanity itself, before the True Conservatives understand they are deadly serious about their view of humans as a virus that must be contained, and about their crusade against the sexes?

In a similar vein, did the NeverTrump right really need to witness the meteoric rise of outspoken socialist Rep. Alexandria Ocasio-Cortez to understand the Democrat Party’s aggressive radicalism on government power? The party has only been daydreaming about nationalizing the entire medical system for decades and using Obamacare’s carefully-planned failure as an excuse to push for it since the day after the Affordable Care Act website blew up in America’s face.

Socialism has been polling steadily better among Democrats and young people overall since the aftermath of the 2008 financial crisis, another disastrous moment when passive conservatives allowed the Left to rewrite history because sticking up for capitalism and pinning blame on the politicians who wrote the crackpot subprime mortgage rules was too much work. Socialism is an aggressive, totalitarian ideology that should not be given an inch, but too many conservatives are willing to give it a couple of miles by tossing major elections to the Democrats while they fight power struggles to reclaim the “soul” of the GOP from rank-and-file conservatives they despise, whether it was the Tea Party yesterday or Trump supporters today.

Democrats are now in a bidding war to see how high they can ratchet up the tax rates, with Rep. Ilhan Omar of Minnesota currently in the lead by floating a 90 percent rate. What kind of free market do True Conservatives imagine will be left to conserve if they give Democrats executive and legislative power for a few election cycles?

How much more do NeverTrumpers need to see before they understand Democrats are all-in on remodeling the American electorate through mass migration? Their opposition to effective border security remains resolute through crime waves, murders, and drug busts that would be classified as WMD seizures if the chemical weapon involved was anything but fentanyl. They don’t bat an eye when law enforcement experts tell them border security is an indispensable weapon against massive drug trafficking networks.

How does the passive conservative establishment think it can win national elections with even the most moderate, conciliatory candidate once the Democrats realize their dream of turning key red states blue through illegal immigration? An awful lot of those people are ending up as registered voters already and left-wing groups are waging all-out lawfare to keep them there. Does the NeverTrump set really not understand that Democrats are very serious about grabbing the demographic brass ring that will keep Republicans from ever competing in national elections again?

Much of the debate within conservative and Republican circles is conducted as if the 2016 GOP primary was still underway, or perhaps as if the 1992 primary still was. Sitting out elections or actively throwing them to the Democrats are not viable strategies when the hands of the political doomsday clock stand at two minutes to midnight. The Democrats push for programs like Obamacare that produce changes in society that cannot be reversed short of an unimaginable systemic collapse, and they use their control of the media to link those policies with cultural initiatives to ensure Americans get the message.

Once in a while, conservatives who don’t know what time it is receive a political wake-up call in the form of a Supreme Court battle or a wave of undisguised extremism like the current Democrat flirtation with infanticide. Those Supreme Court picks are not unpredictable “black swan” events – every pundit and consultant worth his salt knew the president elected in 2016 would make at least two of them, and President Trump may well be on the verge of making his third.

It’s hard to imagine any serious conservative analyst or heavyweight Republican Party influencer didn’t know the stakes going into the 2016 election. It seems impossible that any of them could fail to understand what is at stake now.