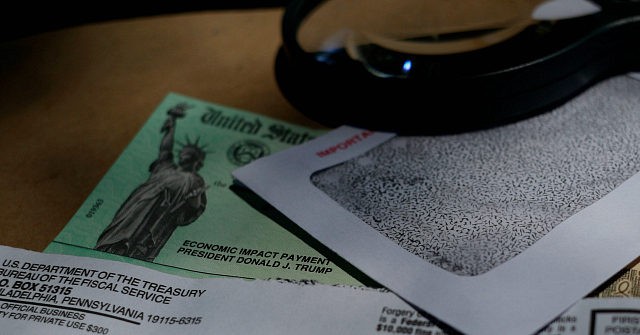 During an interview with the Fox Business Network on Friday, White House Economic Adviser Kevin Hassett stated that there will “definitely” be a phase four stimulus package and Labor Secretary Eugene Scalia told the Fox News Channel’s “Cavuto Live” on Saturday that “it’s probably not the case that we’ve seen the last bill” to deal with the economic challenges resulting from the coronavirus.

During the interview with Hassett, host Charles Payne asked, [relevant exchange begins around 1:45] “Will there be another stimulus package?”

Hassett responded, “Yeah, there definitely will be. But one of the things that the president has instructed the team to do is to watch the numbers carefully, get as many real-time numbers as we can and have a menu of options for him that’s conditional on how the economy’s doing.”

He continued that, depending on what the job numbers look like, “I could imagine it would be a much different phase four bill than if we had a whole bunch of months like April. And so, the president is doing exactly the right thing, which is, he built a bridge that basically lasts until about the end of July. And so, we’re going to use that time to monitor the economy and think about what the best policies are. But I’m sure there will be a phase four deal. Because there are things like liability protection and so on that really have to happen.”

Scalia said that he would advise that the government watch “carefully, over the next few weeks, and then assess what more, if anything, needs to be done.”