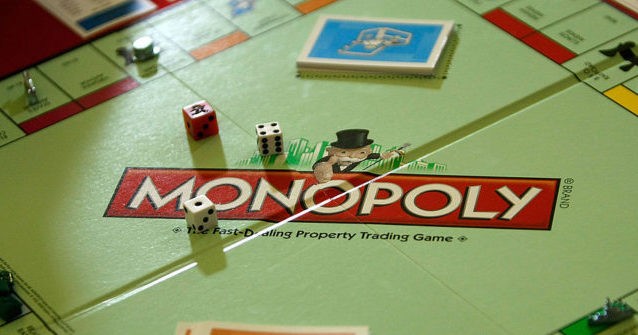 For the first time in over 85 years, Monopoly’s 16 Community Chest Cards are about to get a “long overdue” refresh, Hasbro announced Thursday.

“True to its longstanding history of inviting its fans to help make changes to the game, and during a time when community means more than ever before, Monopoly is asking consumers worldwide to determine the new cards by voting at MonopolyCommunityChest.com,” the company said in a press release.

Covering topics like beauty contests, holiday funds, and life insurance, there is no denying the Monopoly game’s Community Chest Cards are long overdue for a refresh. And, coming out of the tumultuous year of 2020, the term “community” has taken on a whole new meaning. Hasbro is counting on their fans to help reflect what community means in their real lives, into the Monopoly game, by voting for new cards like “Shop Local,” “Rescue A Puppy,” or “Help Your Neighbors.”

Yup, you read that right: THE MONOPOLY GAME is changing, and YOU get to be a part of it. 🙌 Help us add a little community to the Community Chest by voting for your favorite new cards now! https://t.co/CqlNVlE7C6#CommunityChest pic.twitter.com/hJ55V1w2Ai

According to the Monopoly website where players may vote, card options include rescuing a puppy to get out of jail free or being penalized for not recycling your trash.

“The world has changed a lot since Monopoly became a household name more than 85 years ago, and clearly today community is more important than ever,” commented Eric Nyman, chief consumer officer at Hasbro.

“We felt like 2021 was the perfect time to give fans the opportunity to show the world what community means to them through voting on new Community Chest Cards. We’re really excited to see what new cards get voted in!” Nyman said.

However, some Twitter followers expressed disagreement with the decision.

“These cards don’t fit with the goal of bankrupting everyone else and they don’t carry the same recognition as some of the older cards. If someone made a joke about winning second prize in a beauty pageant I would instantly know it was about Monopoly,” one person replied.

Another called it a “terrible idea” and said Monopoly is a classic board game for a reason.

“Make a new woke version if you must but please leave the original game as it is. Hopefully you feel the pain of a massive boycott while you’re on the cancel culture bandwagon,” the user stated.

The updated game will be available this fall but it was unclear if a classic version of the game would still be sold.