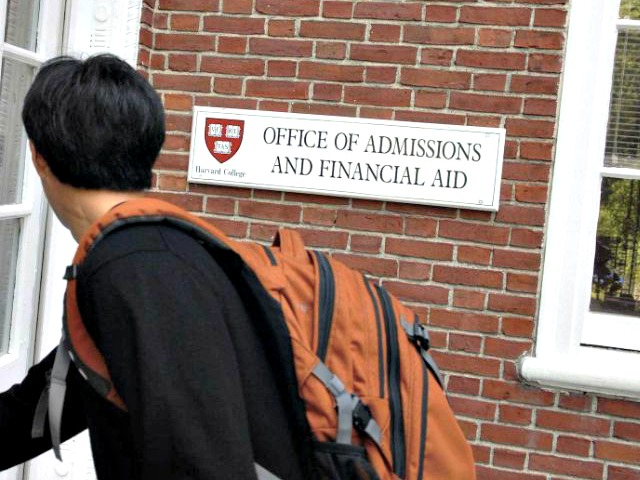 A report from the Harvard student newspaper revealed that school officials have tried to hide the university’s history of anti-semitism from being entered as evidence as part of an upcoming court case on alleged admissions discrimination against Asian students.

Harvard University is gearing up to defend itself in court on October 15, when a trial on its alleged admissions discrimination against Asian-Americans is scheduled to begin. A new report from the Crimson, the student newspaper of Harvard University, revealed that school officials have made an effort to conceal the fact that the university has an ugly history of anti-semitism.

The legal team for the Students for Fair Admissions, which filed the discrimination lawsuit against the university, is seeking to introduce evidence that the school has a long history of manipulating applications to cap the number of students admitted from various ethnic groups.

In the early 20th century, Harvard intentionally capped the number of Jewish students admitted to the university. Here is how the Crimson describes the anti-semitic practice and the university president behind it:

As part of his admissions reforms, Lowell attempted to institute quotas limiting Jewish admit rates to the College. Lowell’s attempt failed, but Harvard’s new admissions process was still used to restrict the number of Jewish students at the school without the use of hard quotas.

In the intervening decades, the College’s admissions process — while remaining holistic — has undergone numerous changes, most notably under former University President Derek C. Bok, who instituted trailblazing affirmative action policies in the seventies.

In a statement, Harvard’s lawyers argued that past discrimination at Harvard is not relevant to the issue at hand. “SFFA’s focus on ancient history is an obvious attempt to distract the Court from the dearth of evidence showing intentional discrimination in this case,” the lawyers said in their statement. “But SFFA should not be permitted to confuse the issues and waste the Court’s time by presenting evidence that, as this Court has recognized, has nothing to do with its claims.”

The Crimson highlighted a portion of the Harvard website that addresses historical discrimination at the university. “These unfortunate events from 100 years ago are a dark chapter in Harvard’s history,” the site reads. “For many years, we have been committed to evaluating the whole person and we consider each applicant’s unique background and experiences, alongside grades and test scores, to find applicants of exceptional ability and character.”

It is unclear at this time if the court will allow Harvard’s history of anti-semitic discrimination into evidence. Stay tuned to Breitbart News for more updates on this story.