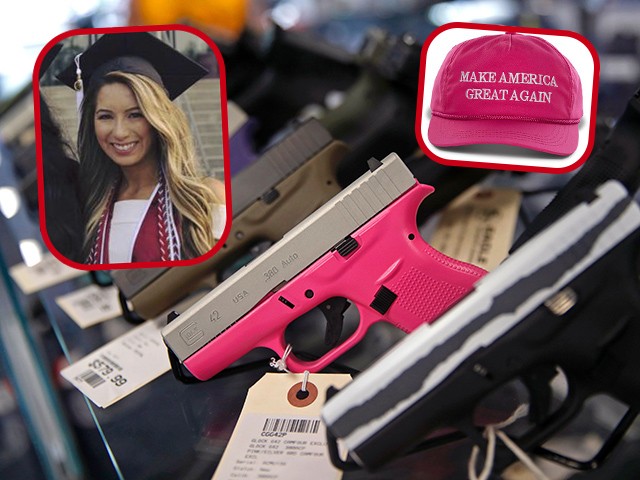 A local landlord in Massachusetts is trying to boot a female Harvard graduate student from her apartment because of her legally owned guns.

According to a report from the Washington Free Beacon, student Leyla Pirnie was asked to move out of her private apartment building after her roommates told her landlord that her legally owned firearms made them uncomfortable.

According to a letter from Pirnie’s roommate to the landlord, the roommate claims that the presence of the firearms caused them anxiety. “We discussed with Leyla that all of us are uncomfortable with having firearms in the house, and that their presence causes anxiety and deprives us of the quiet enjoyment of the premise to which we are entitled,” the roommate wrote in a message to the landlord.

Pirnie said that her roommates went through all of her possessions attempting to uncover her guns.

“A few weeks ago, I came back to my apartment from a weekend trip and was confronted by one of my roommates who asked if I had guns in the house,” Pirnie said. “After being told far too many lies to count, my roommates finally admitted that they searched my closet, under my bed, and all of my drawers in pursuit of finding my guns.”

When I asked them why they were in my room to begin with, they each came up with completely contradicting stories (none of which made any sense), but one comment struck me in particular: ‘We saw that you had a MAGA hat and come on, you’re from Alabama… so we just kind of assumed that you had something,’” she said. “I asked why they didn’t just call me and ask me before intruding. One of the girls responded that fear took over her body and she felt compelled to search my room until she found proof… I cannot make this up.

Pirnie has refused to leave the apartment. As she is in the middle of studying for finals, she does not want to interrupt her studies with the tedious process of moving into a new apartment.