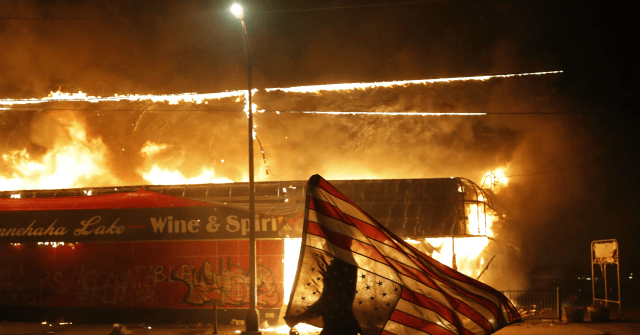 Harvard University Deans Brian D. Farrell and Irina P. Ferreras argued this week that the riots that have occurred in response to the death of George Floyd are “symptoms of the disease, not the disease itself.” Other members of the Harvard community similarly sympathized with rioters in statements released this week.

According to a report by the Crimson, two deans at Harvard University sympathized with rioters this week. Deans Brian D. Farrell and Irina P. Ferreras released a joint statement in which they argued that it is important to consider the conditions that lead to riot protests.

Breitbart News reported this week that looted stores in downtown Minneapolis were looted on Thursday. In a tweet, President Trump argued that the looters were dishonoring the memory of George Floyd. “These THUGS are dishonoring the memory of George Floyd, and I won’t let that happen,” President Trump wrote on Twitter in response to the rioting.  “I can’t stand back and watch this happen to a great American City, Minneapolis. A total lack of leadership.”

“We firmly believe that nonviolent means are the most potent ways to fight for our causes. Violence creates more social problems than it solves,” Farrell and Ferreras wrote in a message to one of Harvard’s residential communities. “However, we need to look deep into the conditions which cause people to participate in riotous activities.”

Riots are “symptoms of disease, not the disease itself,” the deans added, “America continues to fail in looking for ways to erase the inequality and the conditions in which minorities must live. Large segments of our society are more concerned about tranquility and the status quo than about justice, equality, and humanity.”

Harvard Professor Cornel West also expressed sympathy for the protesters during an appearance on CNN. “It is a lynching at the highest level. No one can deny that,” West said. “I thank God that we have people in the streets.”

Breitbart News reported that this week that University of Oklahoma Professor Dr. Karlos Hill argued that there should be space in American society for “black rage.”

“Where is there space for black rage? Why aren’t we allowed to be enraged when senseless violence occurs to us on a daily basis?” Hill said.