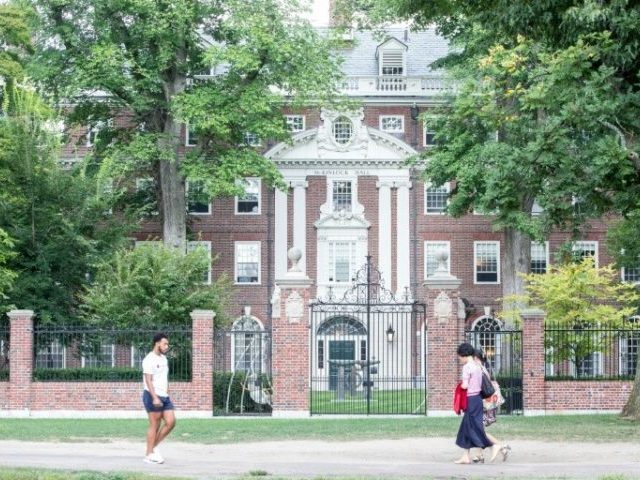 Harvard Dean of Admissions William Fitzsimmons completed his time on the witness stand on Thursday, the trial’s fourth day in a Boston courthouse.

In the fourth day of the trial against Harvard University on Thursday, Harvard Dean of Admissions William Fitzsimmons took his final turn on the witness stand. Fitzsimmons was questioned again about two instances in which he characterized Asian applicants as “quiet.” The plaintiff, an activist group called the Students for Fair Admissions, argues that the characterization of “quiet” signals Harvard’s willingness to stereotype Asian-American applicants.

Harvard’s lawyers asked Fitzsimmons at one point if he believes his office discriminates against Asian-American applicants.

“We certainly do everything in our power to treat every applicant fairly,” Fitzsimmons said.

Harvard’s lawyers brought up the story of Thang Diep, a Harvard senior who wrote in his application about how he was bullied for his Vietnamese accent. He went on to explain that he developed a fear of public speaking as a result of that experience. Fitzsimmons said that he emphasized with Diep’s story and accepted him on account of both his high academic scores and personal story.

After the day’s session concluded, Harvard lawyer Bill Lee told reporters that he’s never seen a case where an individual plaintiff didn’t speak to the court about their experience with the defendant. In this case, an aggrieved student could speak about possible discrimination they faced with Harvard’s admissions office. This has yet to be placed into the trial schedule.