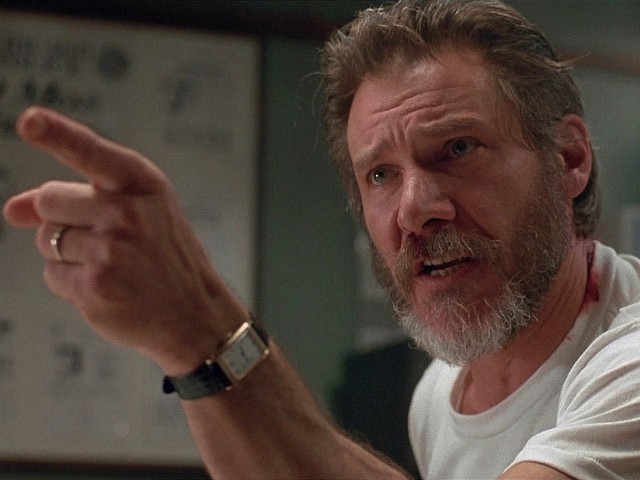 Veteran actor Harrison Ford issued a stark warning to the world about the effects of climate change this weekend, describing it as the “greatest moral crisis of our time.”

In a pre-recorded video ahead of his appearance at the World Government Summit in Dubai on Sunday, the Star Wars actor urged leaders around the world to take urgent action to reverse the supposed effects of man-made global warming.

“Fresh water shortages, higher greenhouse gas emissions, unprecedented fires, worldwide destruction. Is this the world we want?” Harrison Ford said in the video. “Our planet, the only home we’ve got, is suffering. This is the bare truth. This is our reality. It’s up to you and me to act, now, to face the greatest moral crisis of our time. To take action. It is time to make a difference. It affects you.”

The 76-year-old actor is known as one of Hollywood’s most outspoken environmental activists and has repeatedly taken veiled swipes at President Donald Trump and other Republican leaders for their skepticism of the man-made climate change theory.

“We face an unprecedented moment in this country. Today’s greatest threat is not climate change, not pollution, not flood or fire,” Ford said in 2017 after receiving an environmental award from Conservation International, an organization for which he serves as executive vice chairman. “It’s that we’ve got people in charge of some important sh*t who don’t believe in science.”

Ford, of course, has produced a massive carbon footprint, piloting vintage, carbon-spewing airplanes for decades. In 2015, Ford crash-landed a vintage World War II-era airplane after the engine failed. He suffered only minor injuries. The Blade Runner star also owns a fleet of planes, cars, motorcycles, and a Bell 407 helicopter.

Last month, Trump mocked the claims of climate alarmists amid record low temperatures across the county, with cities including Chicago breaking various records with temperatures as low as minus 23 degrees.

“In the beautiful Midwest, windchill temperatures are reaching minus 60 degrees, the coldest ever recorded. In coming days, expected to get even colder,” Trump wrote on Twitter. “People can’t last outside even for minutes. What the hell is going on with Global Waming? Please come back fast, we need you!”

In the beautiful Midwest, windchill temperatures are reaching minus 60 degrees, the coldest ever recorded. In coming days, expected to get even colder. People can’t last outside even for minutes. What the hell is going on with Global Waming? Please come back fast, we need you!