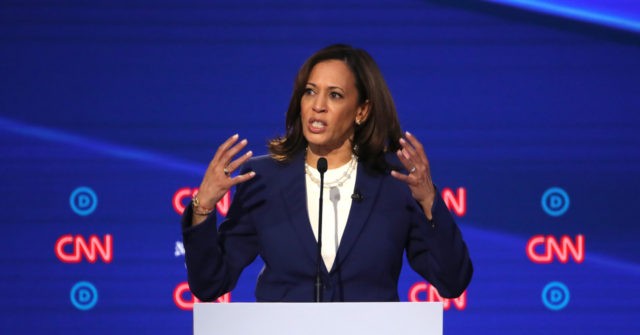 Harris, who as the attorney general of California was known for cultivating a law and order image, made the remarks when discussing her proposal for tackling the opioid epidemic.

“I will tell you as a former prosecutor, I do think of this as a matter of justice and accountability because they are nothing more than some high-level dope dealers,” Harris said when expressing support for “sending drug company executives to jail.”

Despite her tough rhetoric during, Harris spent a significant portion of her tenure as California’s top law enforcement officer prosecuting drug offenders instead of producers. As the Washington Free Beacon reported in August, Harris locked up 1,974 individuals for marijuana-related crimes between 2011 and 2017.