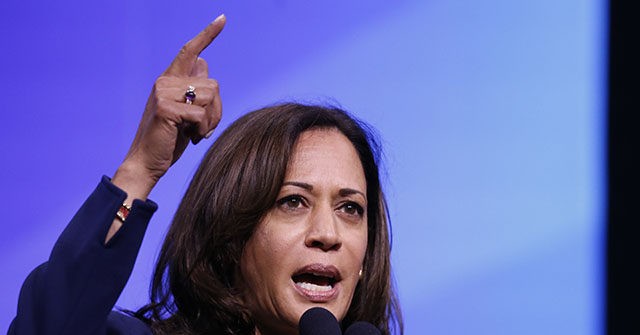 During an interview with CNN on Tuesday, 2020 presidential candidate Senator Kamala Harris (D-CA) responded to arguments that her push to ban President Trump from Twitter is a matter of free speech by stating, “you are not free to threaten the life of a witness. That is a crime.”

Harris began by saying, “[W]e’re talking about a private corporation, Twitter, that has terms of use. And as far as I’m concerned, and I think most people would say, including members of Congress who he has threatened, that he has lost his privileges and it should be taken down.”

She added, “He does not have a right to commit a crime because he is president of the United States. He does not have the right to threaten witnesses and threaten their safety because he is president of the United States. In fact, that’s the very problem with Donald Trump. He thinks he’s above the law, and we cannot keep reinforcing that. And anyone who wants to say, well, this is a matter of free speech, you are not free to threaten the life of a witness. That is a crime.”

Harris later stated, “We have to have a very serious conversation about what should be the rules placed on these private corporations, and in that context, Twitter has a responsibility.”