Harper’s magazine has devoted its December cover story to shining a spotlight on the persecution of Christians, especially the plight of Christians in the Middle East.

“In the summer of 2014, the Islamic State occupied Christian cities and villages across northern Iraq, appropriated Christian homes, and destroyed farms of Christian families,” reports the second oldest magazine in the United States, founded in 1850.

“When Islamic State commanders separated men from women and imposed jizyah, or extortion taxes, their purpose was extreme: they meant to subjugate the Christians or drive them away from the land,” states Janine di Giovanni in her essay.

The report, titled “The Vanishing: The plight of Christians in an age of intolerance,” chronicles the systematic elimination of Christians from the Middle East, as wave after wave of persecution has sent them from their homes. 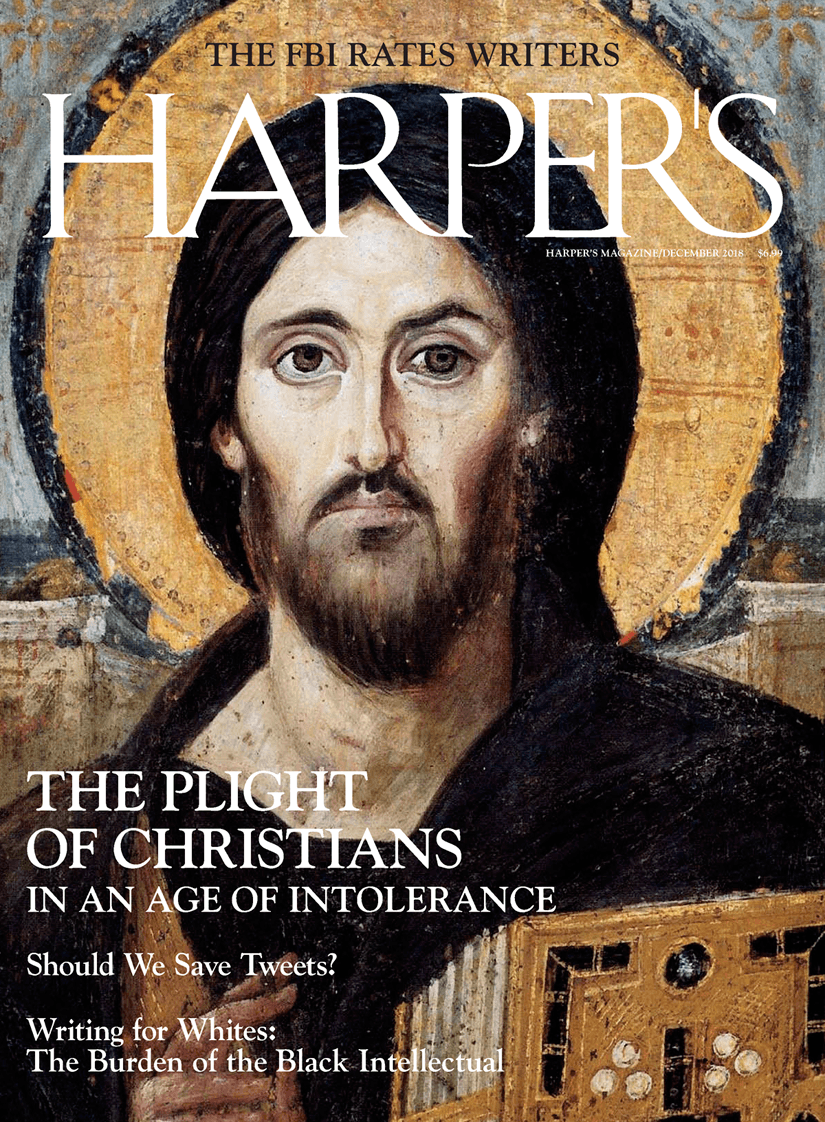 In Mosul, for example, Iraq’s second-largest city, more than one hundred thousand Christians have been displaced from their homes, Harper’s notes. Soldiers from the Islamic State went from house to house, “marking the doors of Christians with the letter n, an ancient reference to Nasrani, or followers of Jesus of Nazareth” in an effort to intimidate those who remained.

And while over the centuries Middle Eastern Christians have endured “invasions by Persians, Kurds, and Turks,” they have recovered after each persecution, but this time may be different. “We’re worried,” says a 30-year-old local Christian. “Even with ISIS gone, there’s another big threat: there is no work for us. Our enemy is emigration. People are leaving every day.”

The majority of Iraqi Christians are ethnic Assyrians, who belong to the Catholic Chaldean denomination and whose roots in the region go back two thousand years, the essay notes. Some claim that “they can connect their family trees with the apostle Thomas, who came to Mesopotamia to evangelize during the first century.”

While the persecution of Christians in the region began as early as the thirteenth century, the article states, “in recent years it has reached a tipping point, setting off a mass exodus.” In 2002, there were some 1.4 million Christians in Iraq yet today the number has plummeted to between 250,000 and 300,000, a drop of a stunning 80 percent.

When the Islamic State captured Mosul in 2014, “Christians were told to leave or die,” the article states. And as the head of political and military affairs for the Assyrian Democratic Movement said at the time: “It’s a cleansing of all Christians from the region.”

According to recent reports, Christians make up some 75 percent of the victims of religious persecution worldwide, making Christianity the most persecuted religion in the world. Moreover, the mainstream media largely ignore this story, meaning that many are unaware of the gravity or extent of the problem.

This means that more than a third of all Christians around the globe, or approximately half a billion, face persecution on a daily basis.