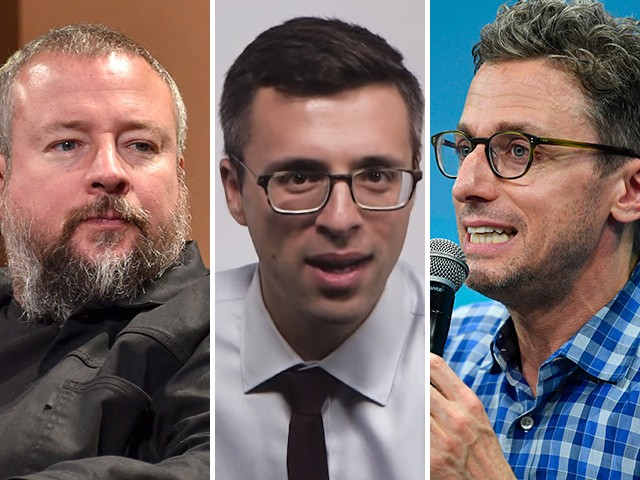 Vice, Vox, BuzzFeed, HuffPost, and other left-wing digital outlets are struggling in an increasingly competitive marketplace.

While smaller left-wing outlets, like Mic, Lena Dunham’s Lenny Letter, Refinery29, Rookie, and the anti-Trump Weekly Standard are either closed, closing, or going through massive overhauls to stop the bleeding of red ink, the big players on the left – the aforementioned Vice, Vox, and Buzzfeed – no longer look like sure things.

Even HuffPost is looking at adding a paywall.

Vanity Fair writes that these “companies, which once heralded the dawn of a new media age—replete with massive valuations, large fund-raising hauls, and millennial sex appeal—now appeared to exhibit some traits of the brands that they once attempted to disrupt.”

Today they find themselves “large, less nimble, and increasingly vulnerable to Facebook and Google. They seemed virtually encircled by competitors familiar and new.”

“On one side” up-and-comers like “Axios, TheSkimm, Crooked Media, and the Athletic” are smaller, but have so far avoided relying on Facebook and Google “by monetizing their direct relationships with consumers.”

On the other side are “revitalized shit-kicking legacy players, such as The New York Times and The Washington Post, who were converting subscribers at unforeseen levels in the Trump era.”

Of course, this is all about ad revenue, which Facebook and Google continue to try to swallow whole.

As a result, “BuzzFeed’s Jonah Peretti recently floated in the pages of The New York Times the quixotic notion of a multi-company merger between BuzzFeed, Vice, Vox Media, Group Nine Media, and Refinery29, as a means to rival the Facebook-Google ad duopoly.”

But in reaction to that idea, “one prominent founder and C.E.O. wondered whether there was ‘a problem for the whole space,’ or ‘a problem for a handful of companies that really over-raised and over-expected and are now trying to re-adjust.’”

He pointed out to Vanity Fair that “Consumer spending is up, and billions of dollars are being sunk into content, this executive noted, and yet ‘you have this little pocket of the universe looking desperate.’”

Part of the problem, although Vanity Fair does not mention this, is conformity. What do Buzzfeed, Vice, and Vox offer that you cannot get anywhere — everywhere — else?

The media world — meaning, all of it: digital, television, and print — is buried under left-wing progressives snarking at Trump, attacking the political right as backwards racists, and pursing socialism in the name of social justice. This social and ideological conformity, this cult-like adherence to the same talking points, has not only made all of these sites exactly alike, they have also become predictable and, by extension, uninteresting.

Outside of a race to the left, none of these companies dares color outside of the lines or is willing to risk the social blacklisting that comes questioning the left-wing thought plantation. These sites are now prisoners of their own social justice campaigns — living in a world they sought to create, where ideas can result in boycotts and de-platforming, where sameness and conformity are rewarded, but not necessarily profitable.

The establishment media is not a profession, it is an elite club where everyone thinks and talks like everyone else, fearing they will be ostracized. This problem is getting worse by the day and, as a result, these media companies are trapped in a dull, gray box of their own making, one where everything they publish and say is first run through the same exhausted ideological strainer.