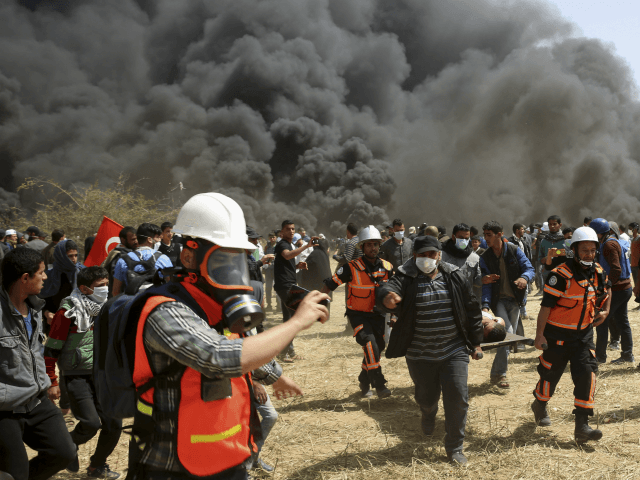 The Times of Israel reports: Gaza’s Hamas rulers said on Sunday that their indirect negotiations to reach a long-term ceasefire agreement with Israel have halted and vowed to step up the violent protests along the border.

Hamas official Sami Abu Zuhri blamed the impasse on the West Bank-based Palestinian Authority, which has voiced its strong opposition to the Egypt-brokered talks. Abu Zuhri said that in response, the Gaza-based terrorist group was escalating its protests in new locations along Gaza’s borders with Israel.

In the wake of the announcement, more than a thousand Gazans gathered at the border for a rare night-time protest, burning tires and clashing with IDF troops. The Hamas-run Gaza Health Ministry said one person was killed and 11 injured by IDF fire. The ministry said Imad Ishtawi, 21, was shot in the head.