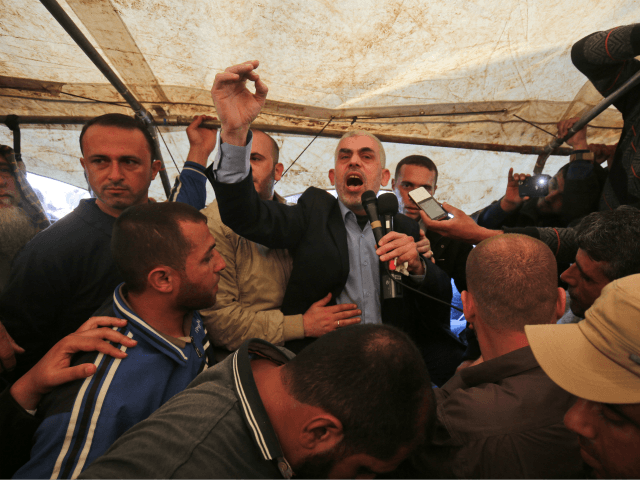 The Times of Israel reports: Hamas’s leader in the Gaza Strip Yahya Sinwar on Friday warned Israel “not to test us again,” saying the next rocket barrage from the territory would target Tel Aviv and other central cities with a potency that would “surprise” Israel.

He also warned that the next time Israeli soldiers entered the Strip, they would only return through a prisoner exchange for “thousands of prisoners.” Speaking at a ceremony honoring the seven gunmen killed during a firefight on Sunday with Israeli undercover special forces, Sinwar pulled out a handgun with a silencer which he said belonged to one of the special forces troops.

One Israel soldier, identified only as Lt. Col. Mem, was killed and another injured in the fight. Sinwar mocked Israel for assuming its decision to allow fuel and Qatari funds into Gaza before the latest flareup — as part of Egyptian-mediated efforts to achieve a long-term truce — would prevent his group from launching a large-scale attack against the Jewish state.