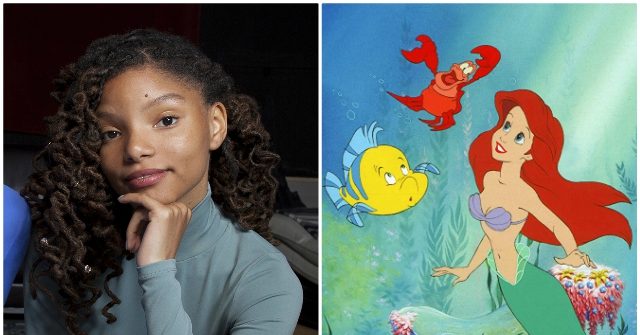 Halle Bailey, half of the hit singing sister duo Chloe x Halle, is set to star as a race-swapped Ariel in the upcoming Disney live-action adaptation of The Little Mermaid.

The live-action version of the classic animated film will include original songs from the 1989 animated hit as well as new tunes from original composer Alan Menken and Hamilton creator Lin-Manuel Miranda. Some of the tunes include “Under the Sea,” “Part of Your World,” and “Kiss the Girl.”

“After an extensive search, it was abundantly clear that Halle possesses that rare combination of spirit, heart, youth, innocence, and substance — plus a glorious singing voice — all intrinsic qualities necessary to play this iconic role,” director Rob Marshall said in a statement.

Halle and her sister Chloe formed their singing group in 2015 and have become something of protégés to megastar Beyoncé, who featured the sisters on her 2016 visual album “Lemonade.” The pop pair were later tapped as Beyoncé’s opening act for the European leg of The Formation World Tour. They joined the Grammy-winner again in 2018 as the opening act for Beyonce and Jay-Z’s On the Run II Tour.

The Associated Press contributed to the article.