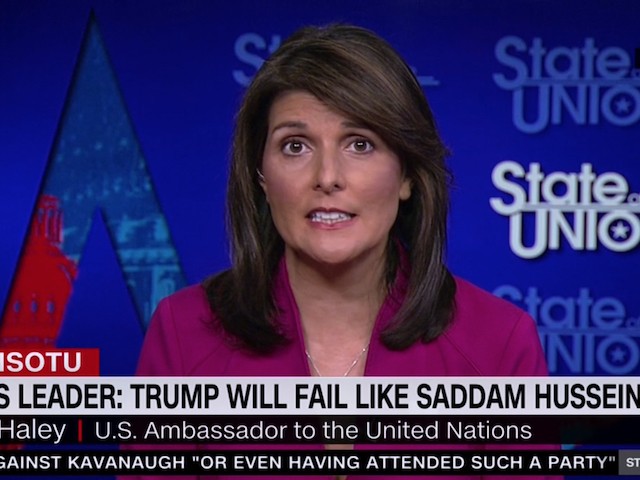 Haley was responding to a question about President Donald Trump’s tweet.