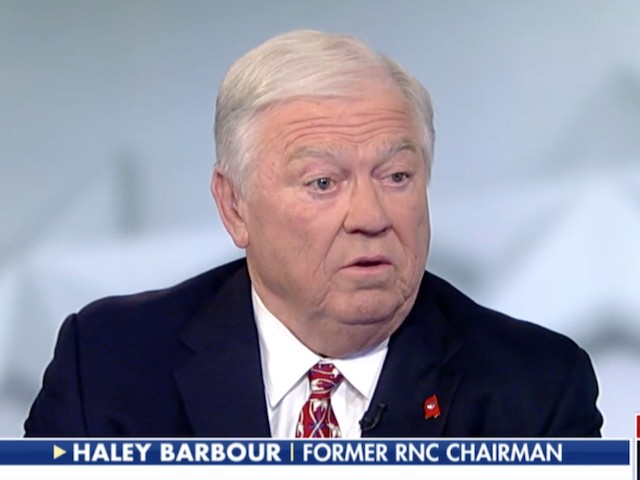 Tuesday on Fox News Channel’s “The Daily Briefing,” former Republican National Committee Chairman and former Mississippi Gov. Haley Barbour said, “I think it would be a mistake to assume there won’t be a Republican primary.”

Barbour said, “First of all, there is not a 100 percent chance that President Trump will run. There’s an assumption he will run.  I wouldn’t bet against it. But I think it would not be smart to say there won’t be a primary whether Trump runs or not”