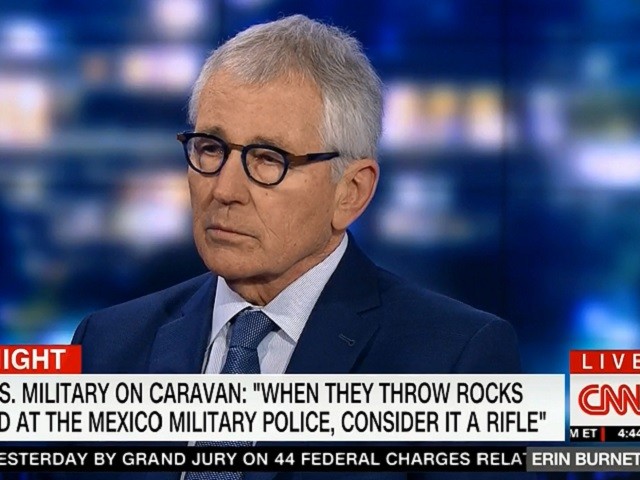 On Thursday’s broadcast of CNN’s “Outfront,” former Secretary of Defense and former Senator Chuck Hagel criticized President Trump for “using our military and our troops in a very political way” by sending thousands of them to the border.

Hagel said Trump’s statement that the military should treat people at the border throwing rocks like they have guns is “a wanton incitement of unnecessary violence. It’s a distraction. It’s a distortion. It is of rank political purpose to use our military like this, and to say those kinds of things is really astounding.”

Hagel added that sending thousands of troops to the border “is folly. This is political distraction of the highest magnitude. The fact is, taking thousands of American troops, who are trained on the cutting edge all the time and sending them down to a border, where there is no need, there is no threat [of] an invasion of the hoards coming in from Latin America, which is a joke. And they are of limited utility anyway because of the constitutional issues involved here as to what our active military can and cannot do. And so, it’s clear to me that he’s using our military and our troops in a very political way that really casts a lot of questions about the competency of his leadership.”