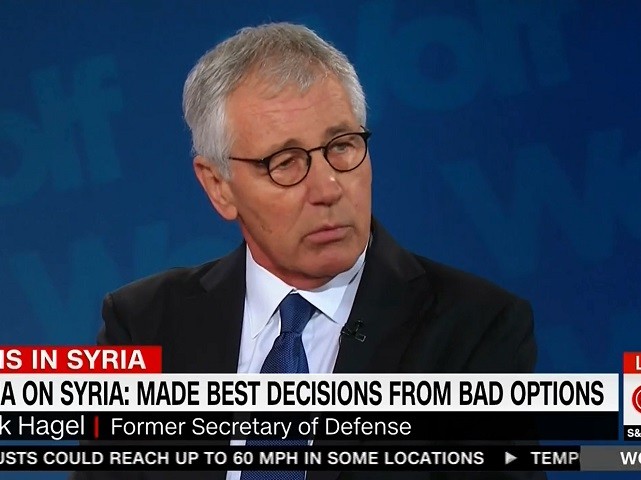 Monday on CNN’s “Newsroom,” former Obama administration Defense Secretary Chuck Hagel said while in France, President Donald Trump canceling his visit to the Aisne-Marne American Cemetery for those killed in World War I was an “embarrassment.”

Hagel said, “He should’ve gone through it to go. It was not that big a challenge or problem. It was an embarrassment. And he let down, I think, our veterans. He let down our country.”

He continued, “And I think he sent a very wrong message to the world.”

He added, “Not to make a little bit of an effort to get to a very important ceremony was wrong. And I’m disappointed, and I’m sorry he didn’t do it.”