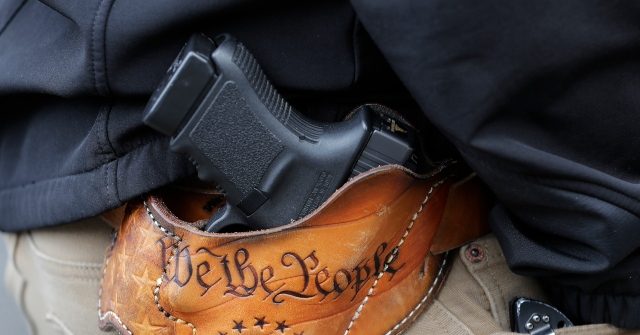 The National Association for Gun Rights (NAGR) filed suit in federal court after the San Jose city council voted Tuesday to require gun owners to have liability insurance and pay an annual fee to a non-profit chosen by the city.

Private gun owner Mark Sikes is a plaintiff with NAGR.

The Associated Press reports that Harmeet Dhillon, an attorney with San Francisco-based Dhillon Law Group, is representing the plaintiffs.

The law is unconstitutional…The law compels people to purchase insurance that doesn’t necessarily exist, and that demonstrates that this law is not a good faith attempt to do anything other than ban or burden the lawful possession of guns.

Friends and frenemies, I’ll be on @TuckerCarlson tonight to talk about the lawsuit our firm filed late last night against San Jose on behalf of @NatlGunRights to challenge this blatantly unconstitutional ordinance which is a gun tax/gun-grab in confusing “nonprofit” “fee” drag. https://t.co/vNCJxtJbA3

On January 25, 2022, Breitbart News noted that the San Jose city council would take up the gun control proposals during Tuesday’s meeting. The Mercury News observed that the proposals included the liability insurance requirement for gun owners and a mandate that gun owners pay $25-35 annually to a city-designated non-profit.