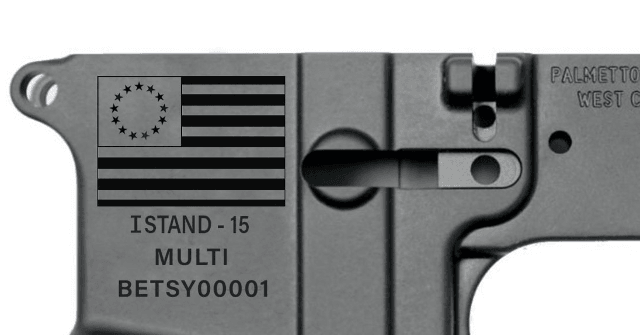 Palmetto State Armory responded to Nike’s decision to pull its Betsy Ross Flag shoes by releasing gun parts with the flag etched on them.

CBS News reported that Nike pulled the Betsy Ross Flag sneakers after Colin Kaepernick suggested that the flag was tied to slavery.

Just wanted to take a quick moment to thank @Nike for all the help. These things are selling like crazy. Reserve yours NOW! https://t.co/8JTx0ShWAH @DLoesch @CamEdwards @benshapiro pic.twitter.com/yRH9l1epYL