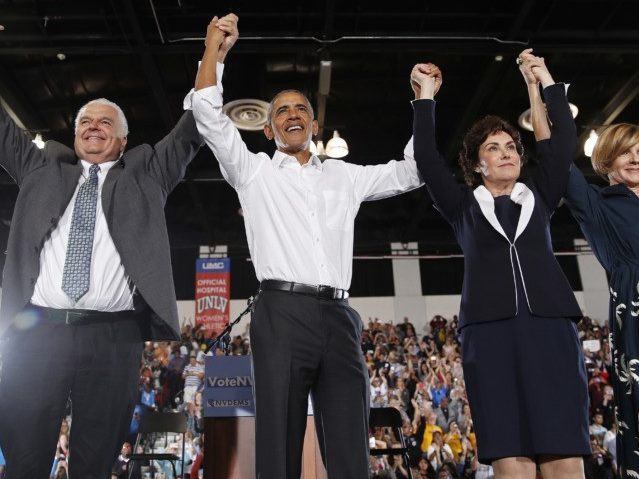 Rosen is trying to unseat Sen. Dean Heller (R-NV), who has an A rating from the NRA.

Fox News reported Barack Obama’s endorsement of Rosen and Mother Jones reported that gun control groups, including Gabby Giffords’ group, were rallying to raise money in hopes of helping Rosen capture Heller’s Senate seat, from which she could vote for more restrictions on the Second Amendment.

Rosen supports outlawing private gun sales via universal background checks, even though such checks would not have hindered, must less stopped, any high profile shooting of recent memory, including the October 1, 2017, shooting in Las Vegas.

On the Issues reports that Rosen also shares the gun control positions of other Senate Democrats on adding the no fly list to background checks, among other things. Ironically, Democrats like Rosen push the no fly list for gun control even though they cannot name one high profile shooting that the addition of such a list would have stopped.

Rosen’s support of gun control for gun control’s sake goes a long way in explaining why the NRA’s Political Victory Fund gives her an F rating.

During a debate for the Senate seat Sen. Heller said Rosen “was born and raised in Chicago, Illinois.” He added, “I do not want Chicago laws here in the state of Nevada and that’s all we’re going to get if she goes to the US Senate.”