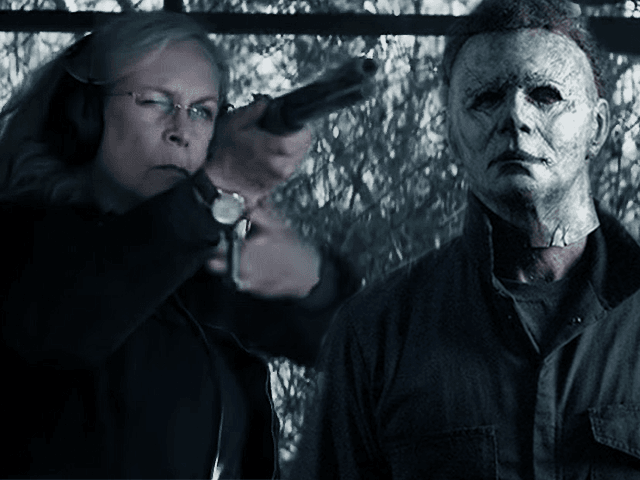 The importance of her character is not in question in the newest film, where she plays the central role she made iconic in the 1978 original.

Rotten Tomatoes notes, “Jamie Lee Curtis returns to her iconic role as Laurie Strode, who comes to her final confrontation with Michael Myers, the masked figure who has haunted her since she narrowly escaped his killing spree on Halloween night four decades ago.”

But her role includes the use of firearms for self-defense, which is odd considering Curtis’s efforts to restrict Americans’ right to possess the guns they need to defend themselves and their families.

On March 24, 2018, Curtis tweeted support for the gun control activists taking part in March for Our Lives.
“Heroes everywhere. Cowards too. We all have a choice how we will participate. Not just marching. Daily doings and actions of love and brotherhood and sisterhood and humanhood,” she wrote.

Heroes everywhere. Cowards too. We all have a choice how we will participate. Not just marching. Daily doings and actions of love and brotherhood and sisterhood and humanhood.

Three days later, Curtis made clear she was refocusing her energies to get women elected in place of men for the purposes of securing gun control, among other things.

Now she is starring in Halloween and using a gun for self-defense. In the trailer for the film, viewers can hear Curtis’s character mention the need to protect her family and they see her with numerous guns, including a revolver and a lever action rifle, the latter of which she shoots repeatedly.

As the film’s climactic finale nears, Curtis says, “He is a killer, but he will be killed tonight.”