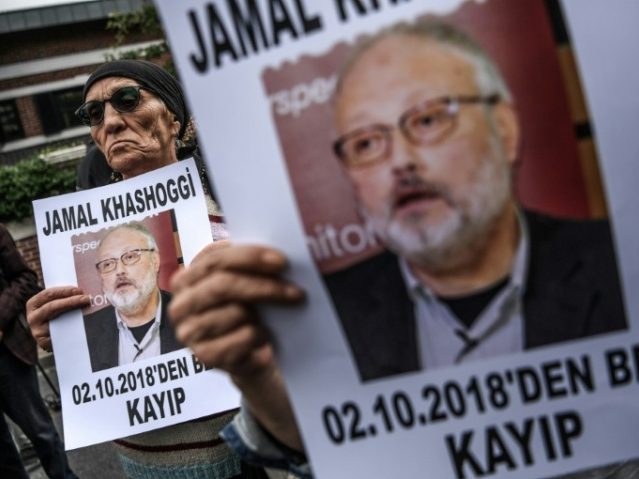 “Enraged by the apparent butchering of Jamal Khashoggi, and moved by an impassioned cry from a young person,” Chadwick “sent the Saudi embassy a small notebook, empty except for a short question: ‘MBS: JK?’”

“The notebook symbolizes Jamal Khashoggi and every journalist,” Chadwick wrote.

But even as he was pressing for answers in regards to Mohammed Bin Salman’s involvement in the brutal murder of Jamal Khashoggi, he turned the conversation on President Donald Trump himself. “Is Bin Salman to be held accountable or strengthened? It depends partly on his ally (so far) Donald Trump,” he said.

“Khashoggi’s disappearance being so recent,” Chadwick continued, “it can only have been with calculated menace that in Montana last week Trump again stoked the crowd’s enmity towards reporters as he praised a politician for assaulting a journalist who had asked the politician questions.”

After assigning that “calculated menace,” Chadwick concluded: “Trump is a clear and present danger to some essential checks and balances.” Finally, he exhorted his readers to support journalism, and in so doing “speaking up for yourself and for anyone who believes in freedom under law.”